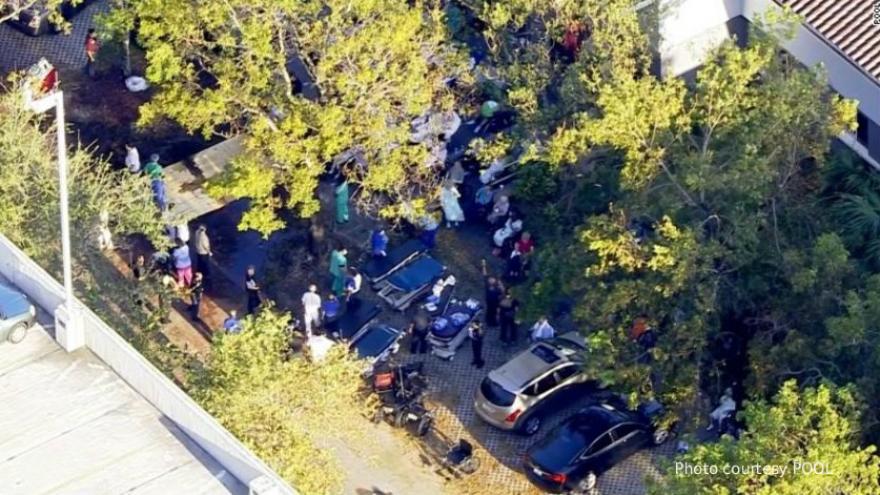 (CNN) -- A 12th former resident of a Florida nursing home died Thursday, more than two weeks after Hurricane Irma knocked out the facility's air conditioning, according to the Hollywood Police Department. The facility failed to evacuate residents from the sweltering heat in the days following the storm.

At 57 years old, Dolores Biamonte was by far the youngest to die after the incident at the Rehabilitation Center at Hollywood Hills. By September 13, when officials first learned that the patients were suffering in hazardous conditions, eight were confirmed dead, ages 71 to 99. Three more died last week.

The exact causes of death have not been released, but a number of the 141 residents who were evacuated were treated for heat-related issues. The deaths are all being considered as part of an ongoing criminal investigation, the police department said. State and federal agencies are also conducting administrative investigations.

Nursing home residents suffered in the heat after Hurricane Irma, which downed a tree that knocked out the transformer powering the air conditioning system. Many were moved into the hallways, next to fans and spot coolers. One video obtained by CNN shows a naked woman sitting in a hallway on what appears to be a hospital bed.

Despite multiple calls between the nursing home and state authorities, the nursing home did not report that its patients were in danger or that they needed to be evacuated, according to a report last week by Florida Gov. Rick Scott's office. The state advised managers "multiple times" to call 911 if such a situation arose -- "Something they failed to do," the 159-page report said.

"This facility is failing to take responsibility for the fact that they delayed calling 911 and made the decision not to evacuate their patients to one of the largest hospitals in Florida, which is directly across the street," Scott said in a statement last week.

The nursing home has expressed its sympathy for the families of the deceased and said it is "fully cooperating with all authorities and regulators to assess what went wrong."

"This is something that could have been prevented," said Pedro Franco, whose father, Miguel, died in the week after Irma. His family filed one of the lawsuits against the nursing home. The family's lawsuit also alleges that the facility didn't provide proper care to Miguel Franco's wife, Cecilia Franco, who survived but was hospitalized in serious condition.