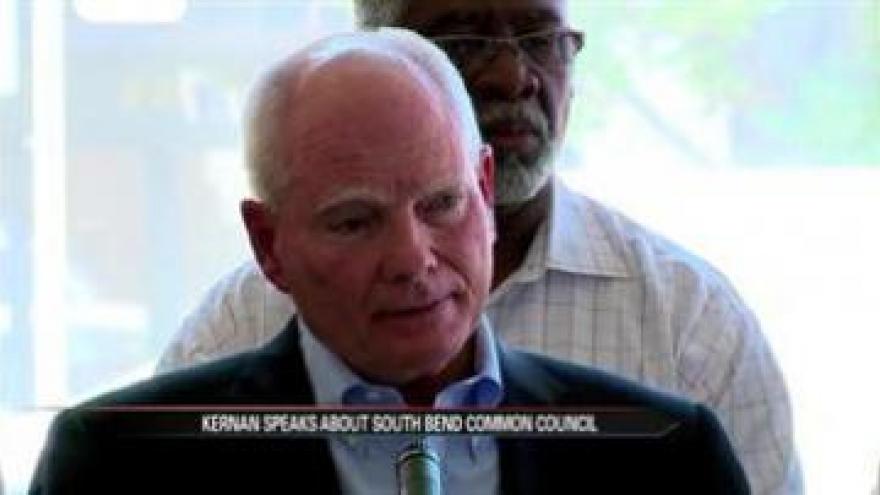 SOUTH BEND, Ind. -- Former governor and former South Bend Mayor Joe Kernan spoke out Wednesday and said members of the South Bend Common Council need to get their act together.

Kernan said he couldn't sit back and watch any longer.

He said the council is fractured and that there are two teams running the show. One is an embarrassed team and the other is the team doing the embarrassing.

"Sadly one of the repercussions from this kind of activity is that we are going to have a much more difficult time trying to find good people to run for public office," said Kernan.

He says even though he appreciates Kernans' concerns, he needs to stay out of the situation and let the people that South Bend elected handle it.

"It's easy to sit back and say well you should have done this and be the Monday morning quarterback-but we remember when he was playing too and I don't want to criticize those members so I keep them in the hall of fame and I keep their jerseys there and we respect them," said Davis.

Kernan didn't call Councilman Henry Davis Junior out by name, but said the Facebook and Twitter messages are unfitting for a city representative.

"I don't want to get into the individual name calling but suffice to say I don't think that the action that was taken was appropriate," said Kernan.

Councilman Derek Dieter didn't appreciate Kernan lumping all of the council members together.

"I think comments made on frustration need to be addressed to the people who are causing the frustration on the council. I think it was kind of unfair to characterize the council as not doing their job and not getting stuff done," said Dieter.

Kernan says he spoke out because he loves the city of South Bend and wanted to give the council a wakeup call.