Former governor recalls how Kennedy's life and death affected him 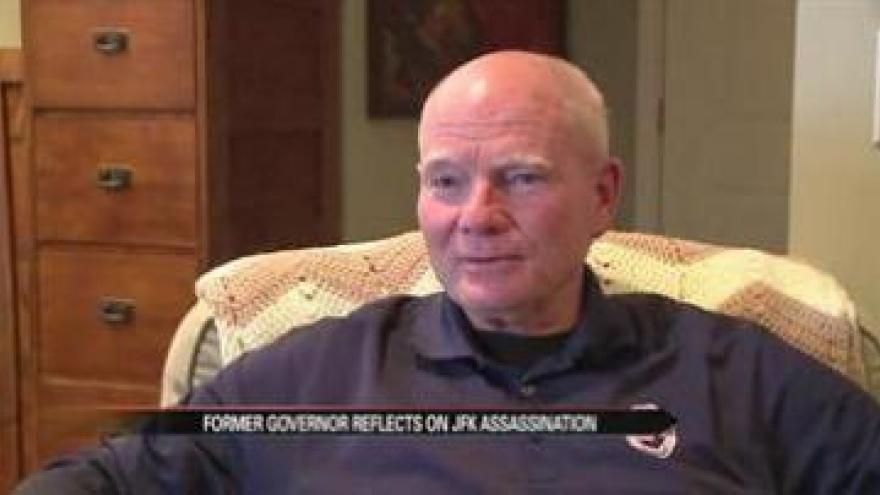 SOUTH BEND, Ind. -- It has been 50 years since President John F Kennedy was assassinated. Former South Bend Mayor and former Indiana Governor Joe Kernan spoke with ABC57 about what he remembers from that tragic day and how it affected his own future.

Fifty years ago, Kernan was at St Joseph's High School in English class. He says it was one of those days he will never forget.

"We were in Brother Daniel Bangerd's English class and the loud speaker came on in the class and delivered the news and it was …shock," said Kernan.

He says it was a terrible day. He adds he can't watch the film of what happened.

Kernan says he remembers that day like it was yesterday.

He says in that moment, there was a sense of unity. The whole city and the entire nation came together…

"And then as it sank in, a great sadness that I think everybody shared," said Kernan.

Kernan says JFK was more than his president, he was a hero, a role model.

"My parents brought me up as a democrat. In all of our windows when President Kennedy was running for office, we had big pictures, posters of JFK that were all over our windows," said Kernan.

Kernan says Kennedy inspired him to serve and that Kennedy's legacy lives on to this day.

"He was such a, such a personality," said Kernan. "We have the ability to do so many things and so many good things, it's important that we follow through."

Kennedy spent some time in South Bend before and after he was elected president.