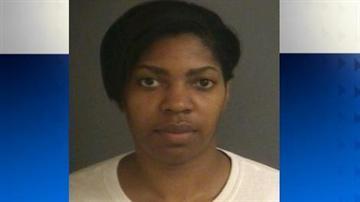 According to the criminal information and supplemental affidavit provided by the Prosecutor's Office, a report was made on August 29, 2011, to the Department of Child Services that alleged Simpson was involved in a sexual relationship with the student. Prosecutors said that report was then forwarded to the Special Victims Unit for further investigation.

The affidavit also said that on September 1, 2011, the alleged victim was interviewed at the CASIE Center concerning the allegations. During the interview, the teenage boy said that he was indeed engaged in a sexual relationship with Simpson. He told investigators that he met her while riding the bus she drove for the school corporation. Prosecutors said that Simpson was the bus driver assigned to the football team, and that the teen belonged to that team.

The affadavit said that from there Simpson began picking him up from school and would spend time with him at her house with her children. The victim described incidents to investigators where he and Simpson engaged in sexual intercourse and oral sex. He said these incidents took place at Simpson's residence on S. Taylor Street in South Bend, Ind.

On Thursday, the South Bend Community School Corporation contacted ABC 57 News with  a statement regarding the investigation. It said:

"On August 30th, the South Bend Community School Corporation became aware of an investigation regarding a bus driver, Monisha Simpson. Ms. Simpson was immediately relieved of her duties by being placed on administrative leave. Upon completion of the investigation and filing of charges, Ms. Simpson was terminated."

Simpson is in custody at the St. Joseph County Jail. Her initial hearing will be on February 22, 2012.

Stay with ABC 57 News as this story develops. We will have more information at 6 p.m.