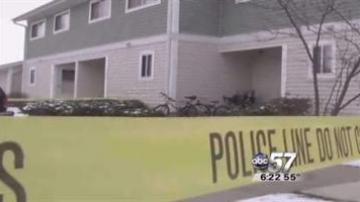 FORT WAYNE, Ind. -- An Indiana dad is fighting for his life! Police said he blew himself up with a homemade bomb!

Fort Wayne police said the guy mixed two chemicals and they hardened. Then, when he started chiseling away at the rock -- it exploded! Investigators say they are surprised by the amount of chemicals inside his apartment.

Police don't know what the man planned to do with the chemicals.

He is in critical condition, and police haven't been able to talk with him!

Two teens were also in the apartment. One was hurt, but he's doing okay.