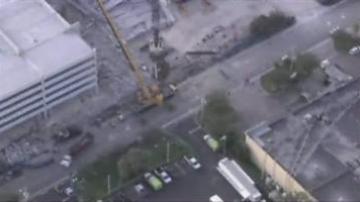 MIAMI -- In South Florida, investigators are still trying to figure out what led to a deadly parking garage collapse.

Days after the accident at Miami-Dade College West, rescue crews finally found the body of a worker buried in the rubble on Monday.

A part of the five-story garage collapsed last Wednesday. Officials with the company building the deck said they're determined to find out what caused the collapse.

"As we have said from the beginning, we are absolutely committed to finding out the facts and determining the cause of this accident,” said Bill Byrne, President of Ajax Building Construction.

Rescue workers said it will likely take a few days to remove the body they found because of safety concerns.