Freshman to step in against the Sun Devils 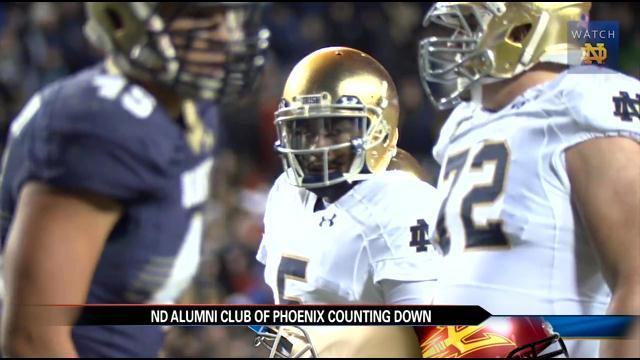 This Saturday, with both teams fighting for a spot in the Inaugural College Football Playoff, the tenth ranked Irish have a big test as they face off against ninth ranked Arizona State at Sun Devil Stadium.

A test they will have to pass without one of their defensive leaders, linebacker Joe Schmidt, who is out for the season after breaking his ankle against Navy.

Thursday, head coach Brian Kelly said it is all on the shoulders of freshman linebacker Nyles Morgan to operate the defense.

Irish defensive coordinator Brian Van Gorder has relied on Schmidt to get his defense lined up before every snap, now, Morgan a five-star recruit out of Crete, Illinois will have his first true test.

Kelly said he extremely confident in the freshman.

"I'm confident. He had a really good week and he's extremely confident in himself. He's not going to be perfect. There's certainly going to be a hiccup here and there but he's got a pretty good understanding of what we're trying to accomplish and I think he had an excellent week. Brian and I feel very confident that he can handle the duties of the middle linebacker position," said Brian Kelly.

Morgan's high school coach at Crete-Monee said the transition should not be tough for the freshman who has always been "a true student of the game."