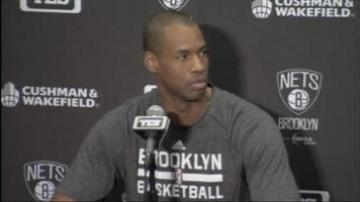 Collins is the first openly-gay player in the NBA.

On Sunday, the 35-year-old was back playing with the pros for the first time since coming out at the end of last season.

"I don't have to hide who I am. I can just be my normal self," said Collins.

"In the last year more athletes have come out, more allies speaking out, more teams taken a stand than any other time in history. I think in another year's time, you know, it's not gonna be as big of a story," said Athlete Ally Hudson Taylor.

Collins is inspiring other gay athletes to come out including defensive end Michael Sam who could become the first openly gay man drafted in the NFL.