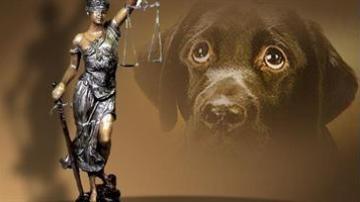 Goshen, IN - A Goshen couple is behind bars after police arrested them on charges of animal neglect and cruelty.

Goshen police were called to 214 S. 23rd Street. A concerned neighbor believed the people who lived there might be neglecting their dog.

When police arrived, they found a mixed breed dog tied to a tree with no food or water. The dog was emaciated, sick-looking, and weak.

The owners, 43-year-old Robert Caldwell and 38-year-old Linda Caldwell, were both arrested and ordered to appear in court.

The dog was taken to the Elkhart County Humane Shelter. The shelter says that they will have to review the dog's health before deciding if it can be adopted or if it needs to be put down.

ABC 57 will be checking with the shelter and will give you an update on the dog's condition as soon as it is available.