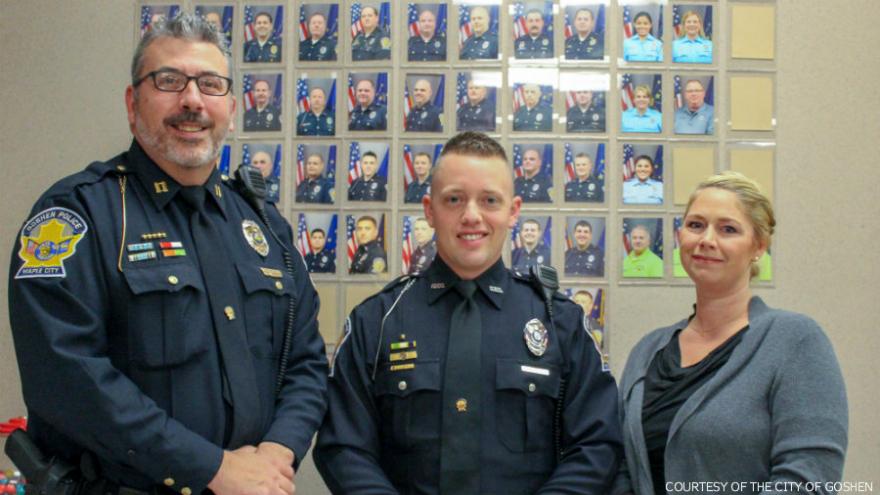 GOSHEN, Ind. – Three Goshen Police Officers and a resident were honored on Monday during the Goshen Board of Works meeting.

Life Saving awards were given to Captain David Miller, Officer D. Shayne Miller and Goshen resident Brandi Condict for their involvement in incidents over the last few months.

Captain Miller was involved with helping revive a man through chest compressions and CPR back in August. Goshen Medics recognized Captain Miller’s actions and credit him with helping save the life of the patient.

In early October, Officer Miller and Condict were both recognized for saving the life of a man who was not breathing. After the two administered CPR and chest compressions, the man’s pulse returned and he began breathing. The man was later found to have a blood clot that was broken up with the help of the compressions given by Officer Miller and Condict. Their actions saved the man’s life.

In September, Officer Hochstetler responded to a call about a suicidal man who had left a hospital. Officer Hochstetler was able to talk the man down after he said he wanted to kill himself. The officer then tased the man and prevented him from causing any bodily harm or death.

These officers and Goshen resident were thanked for their heroic acts and service to the city.