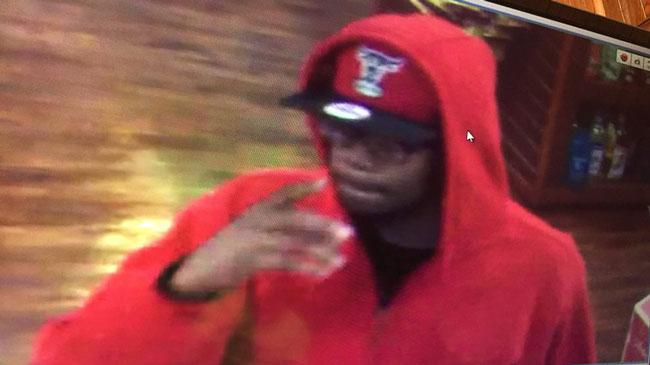 Goshen Police are trying to identify a man seen on surveillance photos in connection with a fraud investigation.

The person was driving a silver Pontiac Grand Prix 4-door with rear spoiler, according to police.

He is described as in his 20s wearing glasses, white athletic shoes, a Chicago Bulls hat, red sweatshirt and sweatpants.

If you know the identity or whereabouts of the man in the photos, contact the Goshen Police Department at 574-533-8661 or email police@goshencity.com.