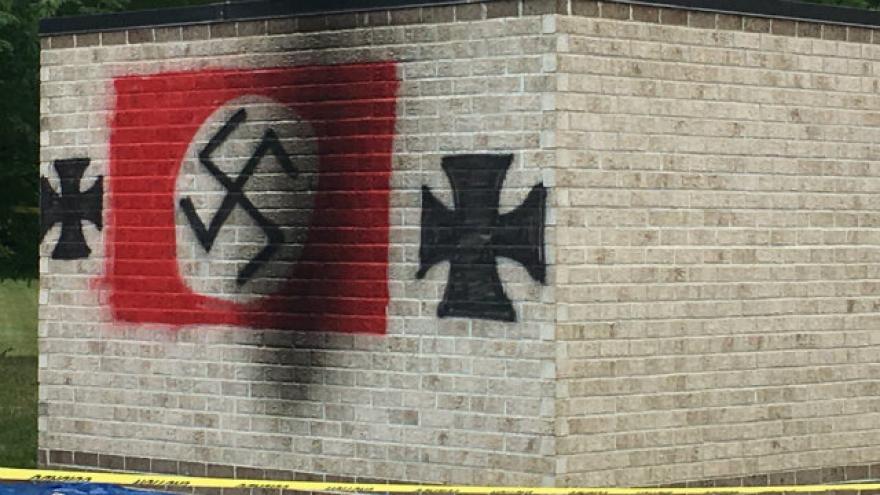 A synagogue in Carmel, Indiana was vandalized Friday night with anti-semetic graffiti. Images of a Nazi flag were painted on part of a back building at Congregation Shaarey Tefilla. Photo courtesy Lindsay Shipps

CARMEL, Ind. (AP) — Republican Indiana Gov. Eric Holcomb is calling on the General Assembly to pass a hate crimes bill after someone spray-painted anti-Semitic graffiti at a suburban Indianapolis synagogue.

He said Monday that he'll meet with lawmakers, legal experts, corporate leaders and "citizens of all stripes who are seeking to find consensus on this issue so that, once and for all, we can move forward as a state." He said he hopes a hate crime bill passes in 2019.

Nazi flags and iron crosses were spray painted early Saturday on two walls of a brick shed at Congregation Shaarey Tefilla in Carmel.

Indiana remains just one of just five states without a hate crimes law after Republican Senate leaders this year killed a bill that targeted crimes motivated by bias.