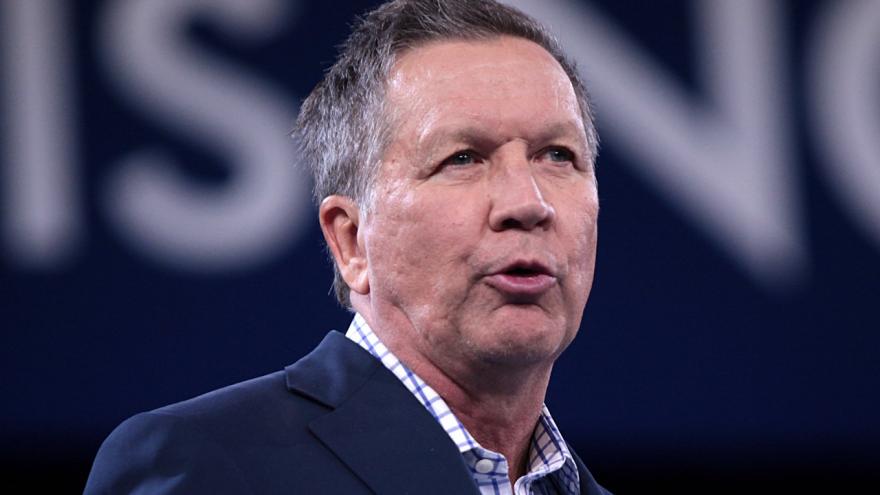 By Lindsey Ellefson and Alexandra King

"Both parties ought to be worried about poor people because I don't think either party particularly cares about helping poor people," said Kasich, who ran unsuccessfully for the Republican presidential nomination last year, often positioning himself as a moderate seeking bipartisan solutions. "You look at the rates of poverty, the problems in this country. We have not designed a system to get people work. Everything we're talking about now --- getting people healthy, giving them health care --- is designed to get them to work. It's designed to give them an opportunity to have a better life."

"This is the craziest time I've ever seen in politics," Kasich told Bash after she showed him an ad funded by America First Policies, a White House-aligned political action committee, targeting Republican Sen. Dean Heller of Nevada for speaking out against the health care bill that the Senate GOP unveiled last week.

"I don't think we have enough leadership," Kasich continued. "I think too many people cower, you know, in the wings because of partisanship. Not just Republicans; Democrats as well. If you try to get a great number of governors, Republican or Democrat, to speak out on this, where are they? All you hear are crickets and chirping because they're, they're worried about upsetting their base."

"Or getting ads run against them like that," Bash added.

"So what?" Kasich replied. "Then get -- then, if you can't take a fastball on the inside, get out of politics."

On Thursday, Senate Republican leaders revealed their health care bill, which was written entirely behind closed doors. Its unveiling marked the first time the majority of senators got to look at the plan to "repeal and replace" the Affordable Care Act, one of President Donald Trump's top campaign promises.

Heller is one of several Republican senators who said they would oppose the bill as written after it was released.

Kasich defended Heller as well as Nevada's Republican governor, Brian Sandoval, who appeared with Heller in a news conference Friday to discuss their concerns about the health care plan.

Sandoval, who decided to opt into expanding Medicaid, said Friday that 210,000 people received health coverage because of that decision. He said the state's uninsured rate declined from 23% before the Affordable Care Act to 11 or 12% afterward. He specifically pointed to people who were making a little more than $16,000 per year.

"These are our friends, these are our families, and these are our neighbors ..." Sandoval said. "They are living healthier and happier lives because of that decision. I don't think that can be overstated enough."

On Sunday, Kasich defended Heller and Sandoval, calling him "a great governor."