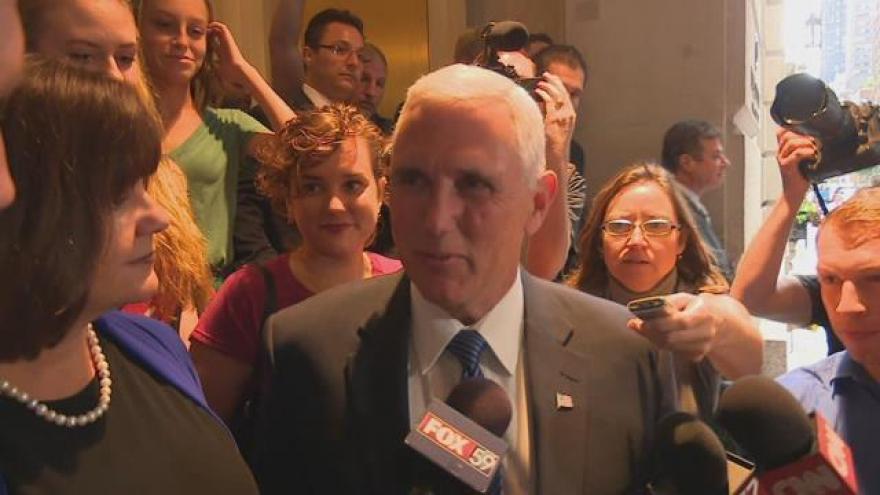 Indiana Governor Mike Pence spoke with ABC57 in Manhattan on Friday, just hours after it was announced he was picked to be Donald Trump's running mate.

Donald Trump made the announcement on Friday via Twitter.

Pence spoke with ABC57 outside of his hotel. He answered two questions from the media, one from ABC57.

We asked what is his message to Hoosiers now that he has withdrawn from the governor's race.

"We love Indiana. We love our country. My family and I couldn’t be more honored to have the opportunity to run with and serve with the next president of the United States," said Governor Pence.

The announcement that Pence would be on the Republican ticket as Vice President was confirmed just hours before the deadline for Pence to withdraw his name from the ballot as a candidate for governor.

Trump and Pence will be together at a press conference in Manhattan at 11 a.m. Saturday. It will be their first joint appearance as running mates.

Pence could now become the first Hoosier vice president since Dan Quayle in 1989.

How does he feel about running for Vice President?