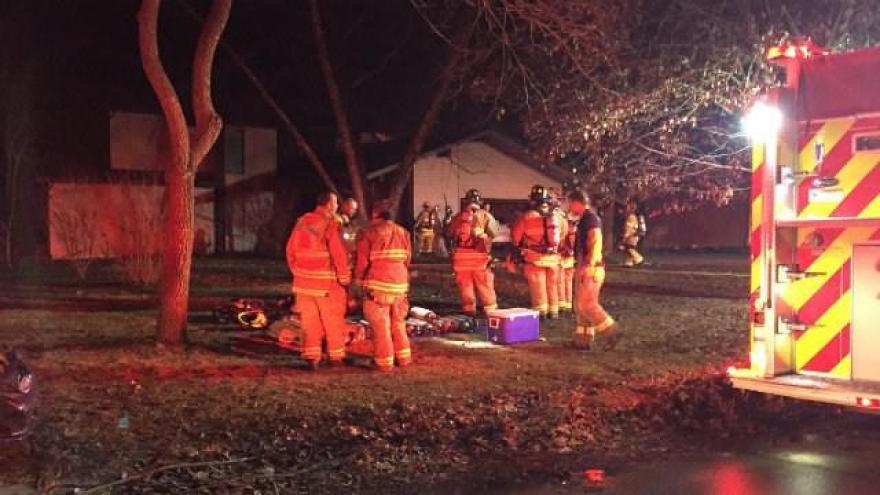 A person has died in a fire at a two story residence in the Sherwood Forest neighborhood of Granger.

Nine fire departments were called to the scene.

According to a post by the Penn Township Fire Dept, "Units has heavy fire in a 2 story residence and companies found a victim who was removed in cardiac arrest shortly after arrival."

UPDATE: The victim taken to the hospital has passed away, St. Joseph County Coroner confirms.