Great white shark trapped on beach, and causing a scene 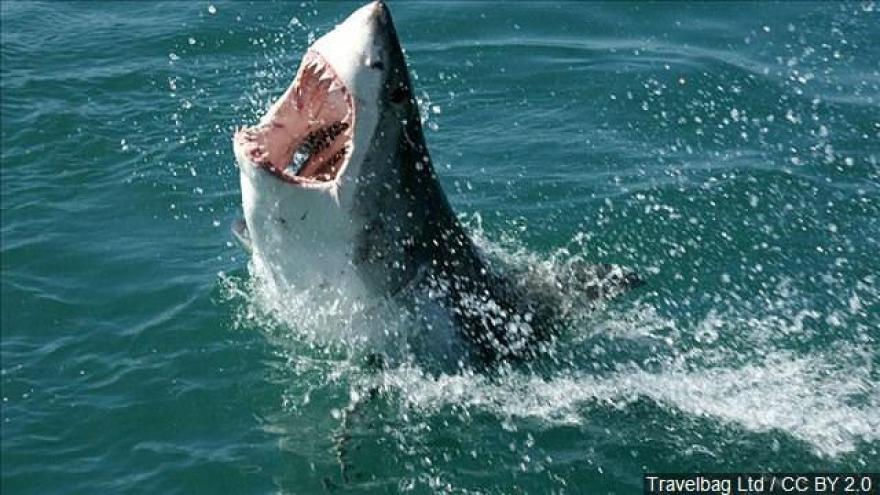 (CNN) -- A stranded great white shark caused quite a stir along the California shore on Friday.

Dozens of people gathered on the cliffs of Pleasure Point in Santa Cruz to watch the 8-foot shark trapped in the shallow reef. Video from CNN affiliate KSBW then captured the still-alive shark rolling in the incoming tide -- bruised and bloodied.

Authorities were notified in the afternoon by someone walking on the beach that people were taking pictures of the shark -- including one person in the water, according to the Santa Cruz Sentinel.

The great white is one of the ocean's biggest predators.

A sheriff's patrol unit used loudspeakers to tell gawkers to stay clear of the distressed fish, the newspaper reported.

Careful rescue attempts were made by the Pelagic Shark Research Foundation.

"We were able to get the shark upright and in the water. It just kind of turned around. It was aimless," Sean Van Sommeran told the affiliate.

Scientists don't know whether the animal stranded itself or was sick.

Rescuers will check on the shark again Saturday, but its survival seems unlikely they said.

If so, the carcass will be recovered for examination by state officials.