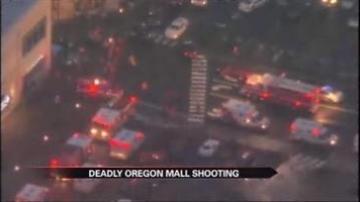 PORTLAND, Ore. -- At least one person is confirmed dead and two shot after a gunman opened fire at an Oregon Mall.

Police said at least four and as many as seven may have been injured.

Witnesses told police the shooter was wearing a mask and what looked to be a bulletproof vest.