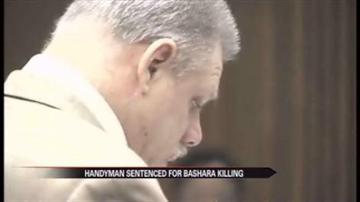 In an odd twist, a Wayne County judge agreed reluctantly to a sentencing agreement for Gentz suggesting he deserved more time behind bars.

The judge shared some harsh words.

"As she fought for her life, did you ever think to spare her from death? No. As the media and police began to investigate this senseless crime, you thought about right and wrong then," said Judge Vonda Evans.

He said he strangled her on orders from her husband.

Her husband has not been charged for her death but he is in prison for arranging it.