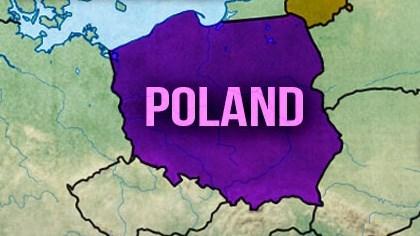 (CNN) -- Could two treasure hunters have found a legendary Nazi train packed with gold that vanished 70 years ago?

It's a question authorities in Poland's mountainous southwestern Walbrzych district are taking seriously.

It seems on its face unlikely. But not impossible.

The train reputedly went missing in 1945, at the end of World War II, when the Soviet Red Army was closing in on the forces of Nazi Germany.

As local lore has it, the train left Wroclaw, then part of Germany and known as Breslau, for Walbrzych, but never reached its destination.

Now two people, a German and a Pole, say they have found a 490-foot (150-meter) train they claim contains Nazi treasure that could be worth "well over a million dollars," said Marika Tokarska, an official at the Walbrzych district council.

Through a local law firm, they contacted the Walbrzych district council a week ago with news of their find.

But they won't reveal the train's location without a guarantee that they will be awarded 10% of the value of the treasure, she told CNN.

One of the two has a background in excavation projects and has equipment that can detect objects beneath the surface of the Earth, Tokarska said.

It is thought the ghost train could be in one of many railway tunnels built in the area around Walbrzych, near the border with Czech Republic, during World War II and sealed off at the end of the conflict.

Authorities are taking the pair's claim so seriously that the leader of the Walbrzych district council has already met with the heads of the local military, police and fire service, as well as the prosecutor's office, to discuss their next steps, said Tokarska.

Authorities say that, before they can make any guarantees, they need to know where the train is and what is inside it, she said.

Guarantees aside, local historian Joanna Lamparska told Polish station TVN24 that the story seemed to her to be unsubstantiated.

"In my opinion, perhaps the person who reported this pointed officials to a different place from the other train," she said.

As a military train, it could contain weapons, possibly including unexploded bombs. And local authorities say it could be carrying early Nazi research into nuclear technology, Tokarska said.

To add to the danger, if the train is sealed in an underground tunnel, methane could have built up, creating the risk of an explosion if it is disturbed by excavators, she said.

Once authorities know the location, they will secure it and make sure investigations are carried out as safely as possible, said Tokarska.

If the treasure hunters' claim proves true, it will lay to rest rumors stretching back decades, according to Polish media.

And if they get the 10% share they have demanded, they stand to profit handsomely.

Local media outlets are reporting that the train could hold up to 300 tons of gold, Tokarska said.