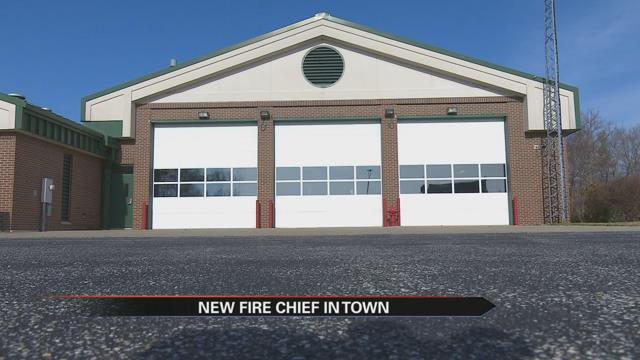 “Our goal here is to find the best fire chief for Lincoln Township that we could find,” Lincoln Charter Twp. Supervisor Dick Stauffer said.

Stauffer said his board members have debated for years whether the local fire department should have a full-time chief.

Those debates led Stauffer to hire a consultant, who came in this past summer and put together a report of his findings.

“He came back with the conclusion that we do need a full-time chief,” Stauffer said.

Lincoln Charter Twp. firefighters are part-time, paid employees who are only paid for the hours they spend on a call.

The department’s officers and part-time chief receive a small salary.

The chief is Ron Burkett. He’s been the head of the department for more than a decade; a shoe in for the full-time job in the eyes of many residents.

He applied for the job, along with nearly 20 other applicants.

“But then on November the 25th, he submitted his resignation,” Stauffer said. “And we were – I was frankly disappointed to see that happen. I thought he had been a worthy candidate.”

Stauffer said Burkett gave no reason for resigning, but a recent Herald Palladium article quotes Burkett’s firefighting colleagues in saying the chief “felt he was not being supported by the Township Board.”

Stauffer said the consultant he hired cost taxpayers between $10,000 and $12,000; but he said it was money well spent.

The new full-time chief will be able to conduct inspections currently being ignored, and work with building inspectors on site plan reviews, among other things.

But the position will come at even more of a cost for taxpayers.

The part-time chief currently makes about $15,000/year in salary, plus pay for hours spent on calls.

But Stauffer said it’s necessary, and he defends the lengthy interview process his team has conducted thus far.

“I’m sure there will be some people that think that Ron should’ve gotten the job,” Stauffer said. “I’ve been told that already. But I still, I’ll go back to what I said earlier. We’re looking for the best chief for Lincoln Township. And that’s the bottom line here.”

Stauffer said the first full-time chief of Lincoln Charter Twp. will be chosen in the coming days.