How to navigate your investments under the Trump administration 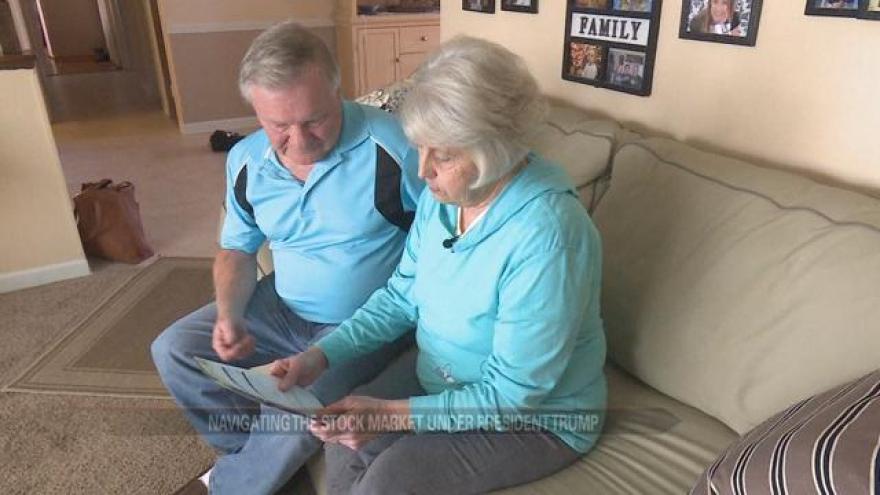 With any new administration, comes a level of uncertainty. Especially when it comes to the economy and your wallet.

ABC 57 News sat down with a local financial advisor to see how your bottom line will be impacted, and how you can plan for the future.

President Donald Trump's first few weeks in office have been fast and furious. As with any major change in power, there can be uncertainty about the future. And often, we see the stock market react.

Paszli retired from Honeywell 16 years ago. He and his wife, Janice, who is semi-retired, rely on their IRAs, social security and other investments to get by.

“My salary fluctuates because I’m a nurse. Sometimes I work more hours than I do other weeks,” Part-time nurse Janice Paszli said.

Mishawaka Edward Jones Financial Advisor Matt Carroll says the Paszlis aren't the only ones asking the question, what's next?

He says a lot of the anxiety surrounds Trump proposing some major changes.

“They are pro-growth changes, as he’s billing them to folks, but we don’t know the specifics yet…. As those come out, you’ll see the market react, positively or negatively,” Carroll said.

This isn't the first time the Paszlis say they have felt uneasiness surrounding the market.

“There were some times in 2008 in that meltdown, I thought, we were never going to make it,” Janice said.

And Carroll says the recent run-up in the market has some worried the bubble will burst again soon.

“What I see with most clients coming in, they want to know can I stay retired? Have I saved enough? And even when the markets do react, you see volatility, is my portfolio still going to still sustain that retirement for me for the long term?” Carroll said.

But he's urging his clients not to get caught up in the headlines.

“Is the economy growing? Are we seeing good numbers? Job numbers? Wages increasing? Things like that. That’s what people should really be focused on,” Carroll said.

Bottom line according to Carroll?

“Don’t let politics play with your portfolio. No question.” he said.

Carroll also says since 1901, the economy has grown under every single President and every single Congress. So he says overall, market returns aren't as affected by Presidential transitions as people might think.

If you have any questions about your investments, he suggests sitting down with your financial advisor to make sure you have a good plan in place.