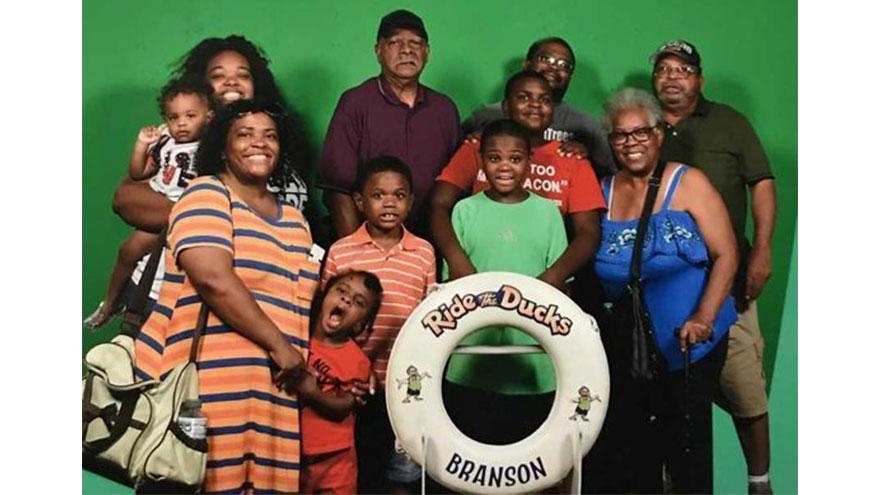 INDIANAPOLIS (AP) — A father and three children who were among nine members of a close-knit Indiana family killed in a tourist boast accident were remembered Friday during a nearly three-hour service attended by hundreds who showed up to support their surviving relatives.

Tia Coleman, who was Glenn Coleman's wife and the children's mother, was one of only two survivors among 11 Coleman family members who boarded a duck boat that capsized and sank on July 19 on Table Rock Lake in Branson, Missouri, killing 17 people .

Suffragan Bishop Kevin Harrison of Grace Apostolic Church said that despite the tragedy, there has been an outpouring support and messages of consolation for the family. He said it shows that "we still are a community of love."

Marion County Prosecutor Terry Curry said Tia Coleman, who works in the child support division of the prosecutor's office, is "a gentle, wonderful young woman" who's part of the department's extended family. He said she's now struggling with an immense loss that raises "the age-old question of why bad things happen to good persons" but that he sees "a glimmer of hope."

"It's difficult to talk about, that there's something positive, a glimmer of hope that comes out of this unimaginable tragedy that has befallen Tia and her in-laws. It reminds me that we are ultimately a good people despite the divisive, caustic rhetoric that we hear from some. We're still in touch with our good nature," he said.

Master of ceremony Nicole Young Starks read statements prepared by the Coleman family about the victims. She described Glenn Coleman as man who cared for and provided for his family and believed that he and Tia, who wed in 2007, "were the most beautiful couple in the world."

Reese had autism, was extremely smart and loved to sing, and would often search the internet for sing-alongs to purchase and take part in, Starks said. She said Evan "had a heart of gold but was very competitive" but good-spirited in that competitiveness.

Starks said Tia Coleman was trying to raise Arya — "the first girl in a family with many boys" — as a princess, but that she discovered that the toddler was as tough as her brothers.

"So we had to accept that she was a rough princess," she said reading from the family's statements, which said "each of the Coleman children had their own unique personality."

A funeral will be held Saturday for the five other Coleman family members who died in the boat's sinking: 70-year-old Horace Coleman and his 69-year-old wife, Belinda, 76-year-old Ervin Coleman, 45-year-old Angela Coleman and her 2-year-old son, Maxwell.