Hundreds have been killed and wounded since the start of Ramadan 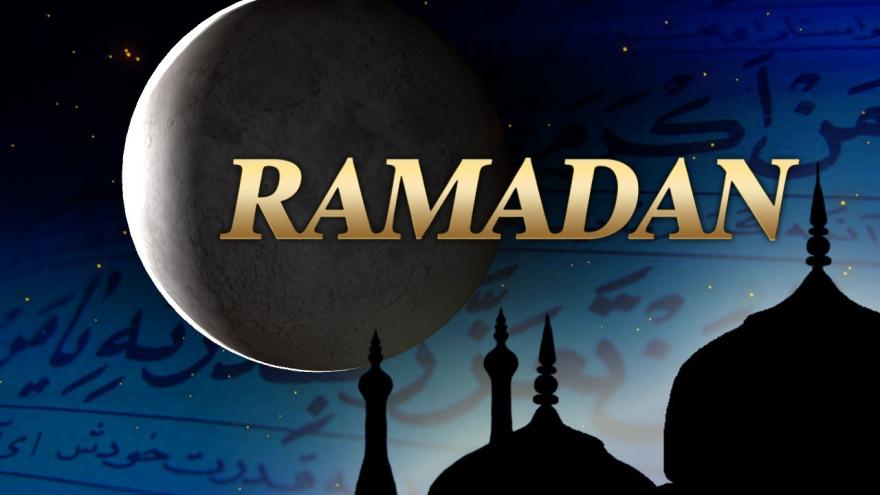 By Laura Smith-Spark and Joe Sterling

(CNN) -- Deadly attacks in recent days have rocked the Middle East, Europe, Asia and Australia, with the bloodshed coinciding with the advent of Ramadan and intensified fighting against ISIS in Syria and Iraq.

Hundreds of people have lost their lives and many more have been injured as terrorists targeted Iraqi families feasting on ice cream, Londoners enjoying the nightlife, Kabul commuters headed to their jobs and lawmakers at work in Iran.

Ramadan is a holy period of fasting, prayer and contemplation for Muslims, but terror groups see the sacred period as conducive to carrying out strikes.

ISIS has claimed some of the attacks, while a group affiliated with the Taliban has been blamed for another. ISIS recently has lost territory as warfare spiked amid US-led efforts to oust the terror group from Raqqa in Syria and Mosul in Iraq.

Attackers in Iran's capital on Wednesday went on a shooting spree in the parliament building, and a gun-and-bomb attack targeted the tomb of the republic's revolutionary founder in Tehran, state media reported.

At least 12 people were killed and others injured in the twin assaults, the semi-official Fars agency reported.

It was not clear how an attacker would have entered the parliament building, which has several security checkpoints.

The Islamic Republic's founder and first supreme leader, Ayatollah Ruhollah Khomeini, is buried in the tomb 15 miles away. He led the revolution that overthrew the Shah in 1979 and was Iran's leader for 10 years.

Terror strikes are rare in Iran and its capital, where tourist and government sites are tightly policed.

There has been no claim of responsibility.

Several bombings have rocked the Iraqi capital of Baghdad in recent days.

One bomb in the early hours of May 30 exploded outside an ice cream shop in the heart of Baghdad, targeting young families enjoying a late-night Ramadan snack.

Melted ice cream mixed with blood as the dead and injured lay on the ground, witnesses said.

ISIS claimed responsibility for the attack, which killed 10 people and wounded 40, through its news agency, Amaq.

Baghdad's Karrada street, where the ice cream shop is located, is lined with popular restaurants and cafés. Young people and families usually fill the area at night, especially during Ramadan.

Hours after that blast, a second bomb went off as elderly residents lined up outside the General Retirement Department waiting for their pension payments. ISIS again claimed the attack, in which 12 people died and 45 were injured.

Roughly 100 miles west of Baghdad, a third attack killed 11 people in the town of Hit. Among the dead were four military personnel, including the head of the Third Regiment of the Iraqi Army, local officials told CNN.

Days earlier, a suicide bomber killed four security officers at a security checkpoint northeast of Baghdad. Ten people were wounded in the May 28 blast, which Iraqi police attributed to ISIS.

At least 90 people were killed and more than 400 injured in a May 31 suicide bomb attack near the German embassy in Kabul, Afghanistan's capital.

The bombing, which struck a busy shopping street by Kabul's diplomatic quarter during the morning rush hour, was one of the deadliest to hit the Afghan capital in recent years.

Afghanistan's intelligence service, the National Directorate of Security, blamed the Haqqani Network, a Taliban-affiliated group in Pakistan. It alleged the group had received help from ISI, the Pakistani intelligence service. Pakistan rejected the assertions as "baseless allegations."

The blast sparked street protests Friday against the government that left at least four people dead. The next day, bombs went off at a funeral for a protester, killing at least seven people. The Taliban denied responsibility for the funeral attack.

At the start of Ramadan, a car bombing killed at least 18 people in eastern Afghanistan. The Taliban claimed responsibility for the May 27 attack.

Three men rammed a van into pedestrians on London Bridge and went on a stabbing spree in bars and restaurants at nearby Borough Market. All three were shot dead by police.

The ISIS-linked media wing, Amaq Agency, claimed on Sunday that a "detachment of Islamic State fighters" carried out the attack.

One of the attackers was Khuram Shazad Butt, London police said. He was on authorities' radar as a member of the outlawed radical Islamist group al-Muhajiroun, co-founded by notorious hate preacher Anjem Choudary.

British police and MI5 began investigating Butt intensively in 2015 as part of a major drive to dismantle and destabilize al-Muhajiroun, sources told CNN.

Youssef Zaghba, a Moroccan-Italian who police in Italy said had been put on a security watch list, was identified as another attacker, British police said. The third attacker, Rachid Redouane, was not previously known to authorities.

A man was killed and three police officers were injured Monday in a hostage standoff in a suburb of the Australian city of Melbourne.

The attacker, identified as 29-year-old Yacub Khayre, said, "This is for IS, this is for al-Qaeda," Victoria Police Chief Commissioner Graham Ashton said. Khayre was shot dead by police.

The attack was being treated as a terrorist incident, with Australian Prime Minister Malcolm Turnbull saying it "shocked all Australians."

Police were "aware of the claim" from ISIS that one of its "soldiers" carried out the attack, they said.

A man who attacked an officer Tuesday at Notre-Dame Cathedral in Paris said, "This is for Syria," French Interior Minister Gerard Collomb said.

The man, believed to be an Algerian student, attacked the officer with a hammer and also was armed with knives, Collomb said.

Another officer shot the assailant in the chest, police union spokesman Yves Lefebvre told BFMTV. The attacker was taken to the hospital, police told CNN.

There was no immediate claim of responsibility.

The attack caused panic among visitors to the Catholic church. France is still in a state of emergency after the November 2015 attacks in Paris that left 130 people dead. There has been strong police presence on the streets of the capital since then.