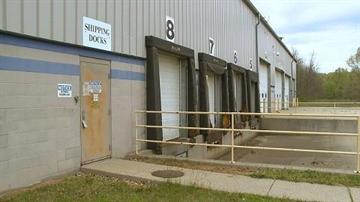 NILES TOWNSHIP, Mich. – By the end of the year, Pratt Industries hopes to be fully operational at their new manufacturing plant in Niles Township.

That would mean some 400 new high paying jobs will be coming to town. “There’s some future and some hope now; so, we hope everybody makes out good on this whole,” said Jim Kidwell, Niles Charter Township Supervisor.

Kidwell is looking forward to the new business moving into the area.

Not only will it utilize a long vacant and large building; the wages the jobs will pay are expected to give a solid boost to the local economy.

Pay will start around $17 an hour and going up from there, according to Kidwell.

Beyond the livable wage, the new business reuses a nearly 300,000 square foot building that had been sitting empty since 2008.

Kidwell was concerned the township would have to find a way to take care of or demolish the building if a buyer could not be found for it.

He is thankful that is no longer an issue, for now.

The building used to be owned by United Fixtures. Since they closed the doors in 2008, the enormous building has been passed around to several realtors, according to Kidwell.

Ultimately, the building caught the eye of Pratt Industries.

According to Kidwell, Pratt Industries plans to replace and upgrade equipment inside to fit their manufacturing needs.

The company creates specialized trailers for hauling non-traditional loads. One example is the trailers they created to haul wind turbine blades, according to Kidwell.

There is no timetable on building’s renovation, though it is expected to take several months.

Pratt Industries wants to be up and running by the end of the year, according to Kidwell, and that bodes well for skilled laborers looking for a job this summer.
Share this article: