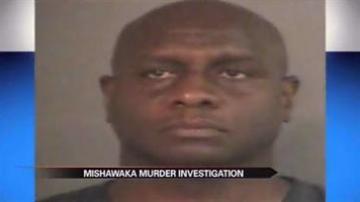 ST. JOSEPH COUNTY, Ind. – 49 year-old Tarrence Lee was charged with the murder of his wife Trina Winston on Monday, but her body still hasn’t been found.

According to the couple’s divorce documents the two were married in late April of 2012 and separated by early June.

Winston filed for divorce on June 19th and their divorce paperwork was listed as active.

Court documents released by the St. Joseph County Prosecutor’s Office on Monday lay out the alleged details of what happened to Winston’s body either on or between August 14th and August 16th.

According to the affidavit a man tipped off Mishawka Police on Saturday, August 18th, that Lee had a dead body in his living room.

On Thursday August 16th, Lee told a group of three other people (including the man who told police) that he needed help disposing of the dad body.

The group thought he was joking, but when they went to Lee’s third floor apartment at Hickory Village they saw Winston’s dead body.

One man left, but the other two, James Johnson, III and Anthony Lee, helped Tarrence Lee moved the body into a trunk.

According to the others Lee was the only one who "drove a distance away" to drop the body outside of St. Joseph County. So they couldn’t say where the body is.

According to the documents Lee said he was hopeful that whoever found the body would not be able to identify Winston.

According to previous police reports Lee was angry that Winston left him and accused her of infidelity.

Winston had previously reported that Lee physically abused her, but she told officers she did not want to press charges.

Lee is being held at the St. Joseph County Jail with no bond and will be arraigned on Tuesday.