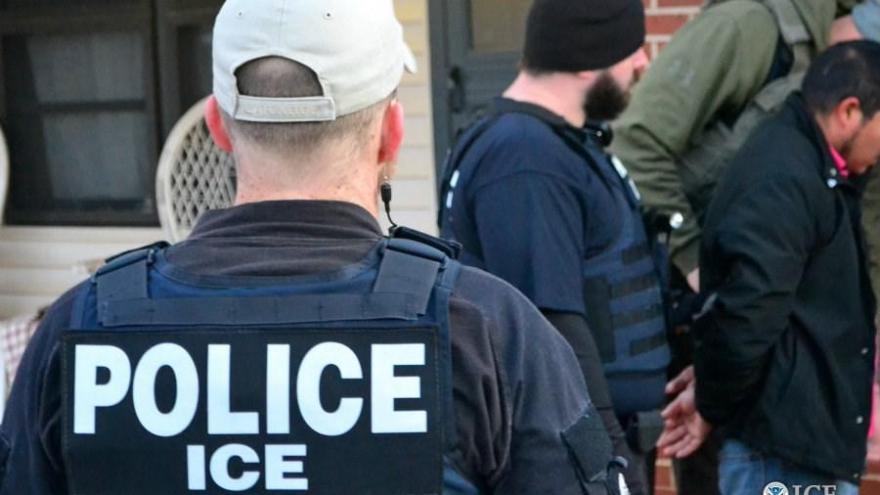 (CNN) -- Federal authorities are investigating after an immigrant who was facing possible deportation apparently committed suicide in his cell at a Georgia detention center.

Jean Jimenez-Joseph, 27, was pronounced dead at a hospital early Monday, shortly after staff at the Stewart Detention Center in Lumpkin, Georgia, found him in his cell with a sheet around his neck, Immigration and Customs Enforcement officials said Tuesday. The preliminary cause of death was self-inflicted strangulation, according to the agency.

Jimenez was unresponsive when facility staff and medical personnel found him around 12:45 a.m. Monday, ICE said, and their efforts to revive him were unsuccessful.

Jimenez, a Panamanian national, was in immigration removal proceedings. He is the seventh person to die in ICE custody this fiscal year, which began in October.

"ICE is firmly committed to the health and welfare of all those in its custody and is undertaking a comprehensive agency-wide review of this incident, as it does in all such cases," immigration authorities said in their statement announcing Jimenez's death. "Fatalities in ICE custody, statistically, are exceedingly rare and occur at a fraction of the rate of the U.S. detained population as a whole."

Jimenez had been in ICE custody since March, the agency said. He was convicted of motor vehicle theft in January, according to ICE.

Word of his death sparked swift criticism from immigrant rights activists, who have long decried conditions at the detention center.

On Twitter, Project South Advocacy Director Azadeh Shahshahani called Jimenez's death a "horrific tragedy that could have been prevented."

Jimenez's death was the first at the Stewart Detention Center in more than eight years, ICE spokesman Bryan Cox said.

"While the situation yesterday is unfortunate and will be subject to a full investigation, statistically, deaths in ICE detention are exceptionally rare," Cox said.

A spokesman for the company referred questions about the case to ICE.

"We are cooperating fully with our government partner as ICE conducts its investigation," CoreCivic spokesman Jonathan Burns said in an email.