In Mississippi, 3 teens charged in boy's death are denied bond 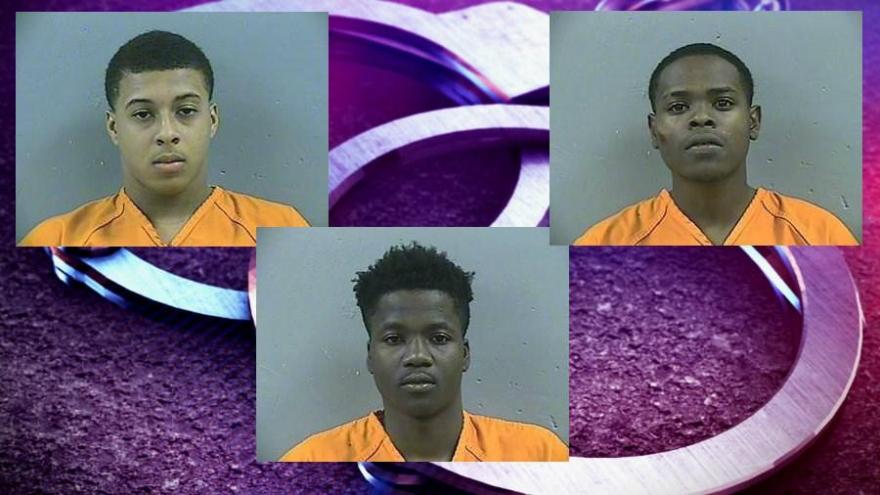 Madison County District Attorney Michael Guest briefed reporters Monday about the case and said there would be no more arrests.

The suspects have been charged with capital murder in the shooting death of Kingston Frazier. The boy was found dead in his mother's car on Thursday morning, hours after the vehicle was reported stolen.

Byron McBride, 19, Dwan Wakefield, 17, and D'Allen Washington, 17, were being held without bond in the Madison County Detention Center, authorities said.

A preliminary hearing has been set for June 26.

A theft, then an Amber Alert

The boy had been left alone in a Toyota Camry in a Kroger parking lot at 1:15 a.m.

The three suspects pulled into the parking lot in a separate car, the Hinds County Sheriff's Office said.

One of them allegedly got into the Camry before both vehicles pulled away. It's not clear whether the driver of the Camry knew the child was in the car.

When Kingston's mother came out of the store, she alerted a nearby sheriff's deputy that her vehicle was missing.

The Mississippi Bureau of Investigation issued an Amber Alert when it became clear a child had been inside the stolen vehicle.

Kingston was found dead later Thursday morning in neighboring Madison County when a passerby noticed the car abandoned on the side of the road and recognized it from the Amber Alert.

The boy was shot in the back of the head, the Madison County sheriff's office said.