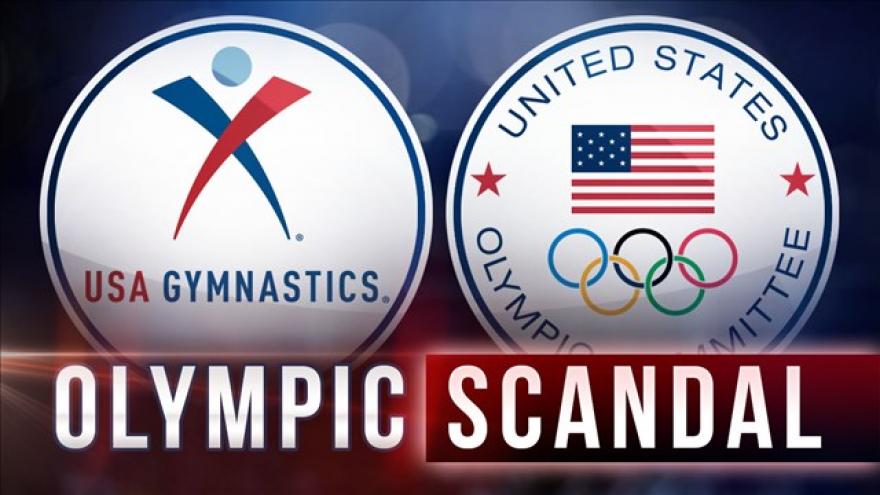 INDIANAPOLIS (AP) — USA Gymnastics has elected a new Board of Directors in the wake of the sexual abuse scandal involving former national team doctor Larry Nassar.

The organization also has created a Programs Council with two representatives from each of the five competitive disciplines.

Athlete directors on the board are Ivana Hong from women's gymnastics and Steven Legendre from the men. Dylan Maurer will serve from the combined disciplines of rhythmic/acrobatic gymnastics, trampoline and tumbling.

Golz also will be the chair among USA Gymnastics officers, with Rudd as secretary/vice chair, and Korepin as treasurer.

Joining the Programs Council are  Elena Arakelyan and Bob Meier from acrobatic gymnastics; Spring and Gene Watson from men's; Korepin and Anna Loescher from rhythmic; Scott Lineberry and Erin Powell from trampoline and tumbling; and Carpenter and Claudia Kretschmer from women's. The independent director is Bingham.

A revamping of the federation's leadership was certain after revelations of Nassar's behavior with more than 250 female gymnastics.

"We look forward to working with the new board to transform our organization to keep athlete safety and well-being as our priority," said Kerry Perry, president and CEO of USA Gymnastics, "and to promote a positive and empowered environment for our athletes and members to thrive and follow their dreams."

A Senate subcommittee has looked into how the organization handled allegations of sexual abuse by Nassar, now serving decades in prison for sexual assault and possession of child pornography. Among the hundreds of athletes who have said they were abused by him are Olympic gold medal-winning gymnasts Aly Raisman, McKayla Maroney and Simone Biles.

The revelations about Nassar's conduct over two decades and the way it was handled by former federation leader Penny and others have led Congress to call for drastic reforms of the U.S. Olympic Committee, USA Gymnastics and other sports' governing bodies.