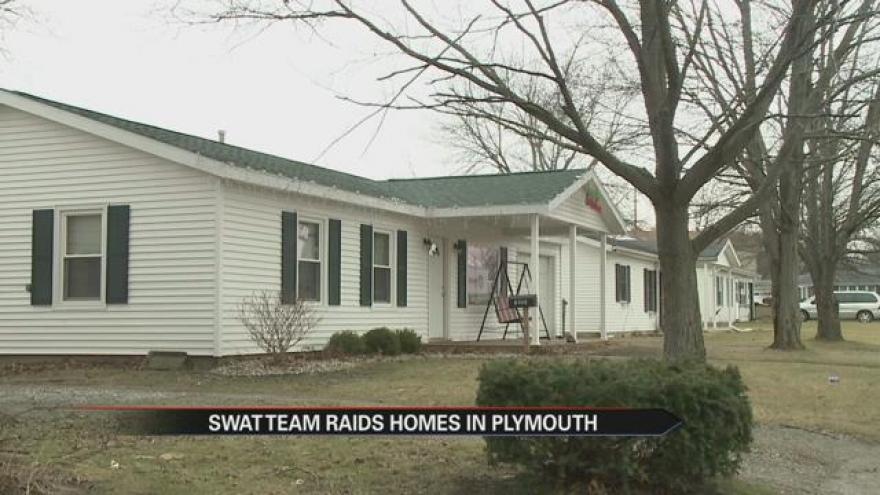 The goal of the Marshall County Prosecutor's Office as well as the Indiana State Police is to get meth and meth offenders off of the streets.

Four arrests were made between Friday and Monday in Plymouth.

On Friday, police first raided a home on Pennsylvania Avenue.

Next they went to Tomahawk Trail. Neighbors described seeing as many as 10 squad cars.

At that house troopers found an active meth lab.

One man was arrested.

On Monday the sweep continued.

It sits directly across the street from Washington Discovery Academy School.

Finally, a search warrant was issued to a house on Beerenbrook.

Police not only found meth there, but two children as well.

“It’s very disconcerting when they’re doing these activities in the presence of a child or when children are going to be around,” Sarber explained.

Sarber said the suspects have been under surveillance for some time.

He said informants and suspicious activity led to their arrests.

“When you start buying Sudafed with many other precursors that’s when they start looking into you. And that’s certainly how these started and how we got to where we are today,” said Sarber.

Sarber said those possessing meth can spend anywhere between two to six years in prison.

If convicted, those criminals can serve between three and 30 years.

Sarber said, “We’re going to stay vigilant to make sure the manufacturing ceases or is curbed. And then the use can be sort of curbed as well. So that we can cut off that supply and demand.”

The deputy prosecutor said this is an on-going investigation and more arrests will be made for people who have not yet been tracked down.  ?