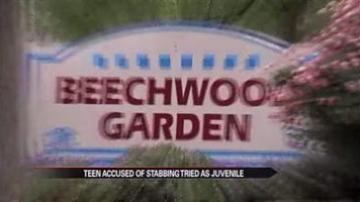 INDIANAPOLIS -- An Indiana teen accused of stabbing her cousin will not be charged as an adult.

The boy was taken to Riley Hospital for Children in critical condition where he died a short time later.

Investigators said they determined his 14-year-old cousin may be responsible for the stabbing.

The girl was found covered in blood walking down the street.

The 14-year-old was questioned by police and arrested on a preliminary murder charge, but the court later denied prosecutor's motion to waive juvenile charges.