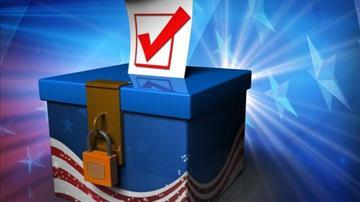 If you live in Elkhart County, you may vote at any vote center. Click here for the locations

If you are going to get an ID from the BMV, here is a list of documents to bring with you

Indiana’s Voter ID Law
Passed during the 2005 legislative session, Indiana’s Voter ID Law requires Indiana residents to present a photo ID before casting a ballot at the polls on Election Day. Since its enactment, the photo ID law has been successfully used in several local, state, and federal elections.
To be acceptable for voting purposes, an ID must meet the following four (4) criteria.

1. Display the voter's photo.
2. Display the voter's name, which must conform with the name on the voter registration record (an explanation of acceptable name variation follows).
3. Display an expiration date that is either current or expired no earlier than the date of the last Indiana General Election (in this case, November 2, 2010). However, a document issued by the U.S. Department of Defense, a branch of the uniformed services, the Merchant Marine, or the Indiana National Guard that otherwise complies with these requirements is not required to include an expiration date, or may state that the document has an indefinite expiration date.
4. Be issued by an agency of the State of Indiana or the U.S. government.

Generally, an Indiana driver's license, Indiana photo ID card, U.S. Passport, or military ID is sufficient. Exemptions exist for the indigent, those with a religious objection to being photographed, and for elderly or disabled individuals living in state-licensed facilities where a precinct polling location is also located.

Persons with limited incomes, those with religious objections, and those who forget to bring adequate identification to the polls may cast a provisional ballot at the polls
without photo identification. Individuals voting absentee-in-person (sometimes called "early voting") at a county election office, must have an acceptable ID. However, a voter could vote without an ID, if they can affirm at that time (by sworn affidavit), that they cannot afford an ID or have a religious objection to being photographed.

The name on the photo ID must "conform" to the name on the voter registration record, however the name does not have to be an identical match. For example, common nicknames for first names, or substitute middle names for a given first name qualify under the statute. Also initials, as a substitute for a first or middle name, are an acceptable variation.

Voters who have changed their name due to marriage, adoption or divorce may rely on Indiana's long-standing change of name procedures. Indiana allows a voter to provide the current version of their name by simply writing their new name on the precinct poll list next to their current entry (see IC 3-7-41).

Voters can also update their voter registration information at the polling site by using the VRG - 4/12 form. This form (available at the polls) allows a voter who has either moved not more than 30 days before the election, or moved (anytime) within the same county and congressional district, to vote one final time at their previous precinct. Voters are required to provide their new address on the form - which will lead to their voter registration being updated after the election.

State law requires that the Indiana Bureau of Motor Vehicles (BMV) provide free photo identification to citizens who do not already have a valid photo ID that meets state requirements for voting. For additional information, please visit http://www.photoID.in.gov.