There’s nothing more frustrating to a meteorologist than people waiting for confirmation from a siren during severe weather.

The problem is that sirens are not that smart. They typically are deployed in the event of a tornado warning or when spotted by first responders. Siren standards can differ, because sirens have to be sounded by someone. In many counties that could be more than one person. It’s not as automatic as you think.

“If you hear a siren ---there's something critical happening in your community,” says John Antonucci, the director of Emergency Management in St. Joseph County. 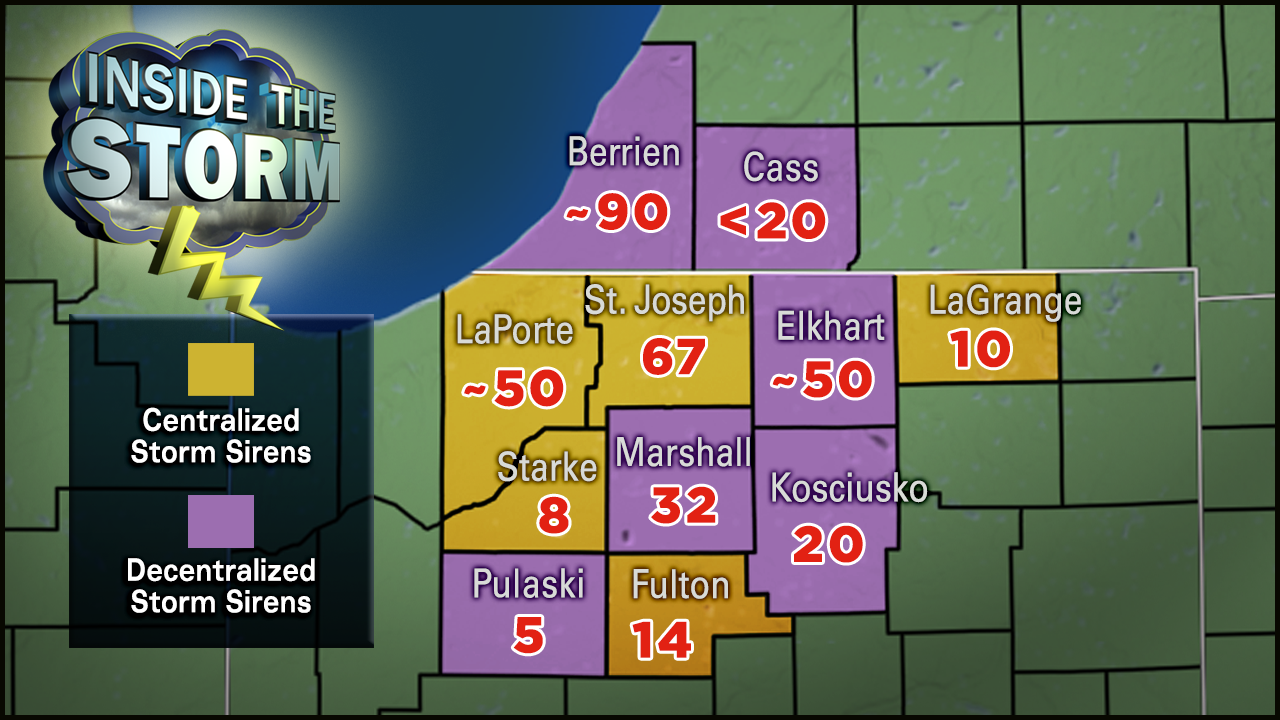 Some counties have a centralized network of sirens: one switch or computer network deploys all the sirens. Five counties in our area are centralized.

The 67 sirens in St. Joseph County are relatively new.

“The siren project initially started in 1999 it was installed as an outdoor warning system,” says Antonucci.

Other counties have a scattering of sirens run by different jurisdictions.

“Usually a small community would utilize their fire siren use to call volunteer fire fighters... there were civil defense air-raid sirens,” Antonnuci says.

Six counties in Michiana are decentralized with multiple agencies running sirens with different standards for deployment.

For example, across Marshall County the sheriff’s office dispatch center deploys Plymouth, Union Township, Center Township, Bourbon and Culver’s sirens. The others are under local control. 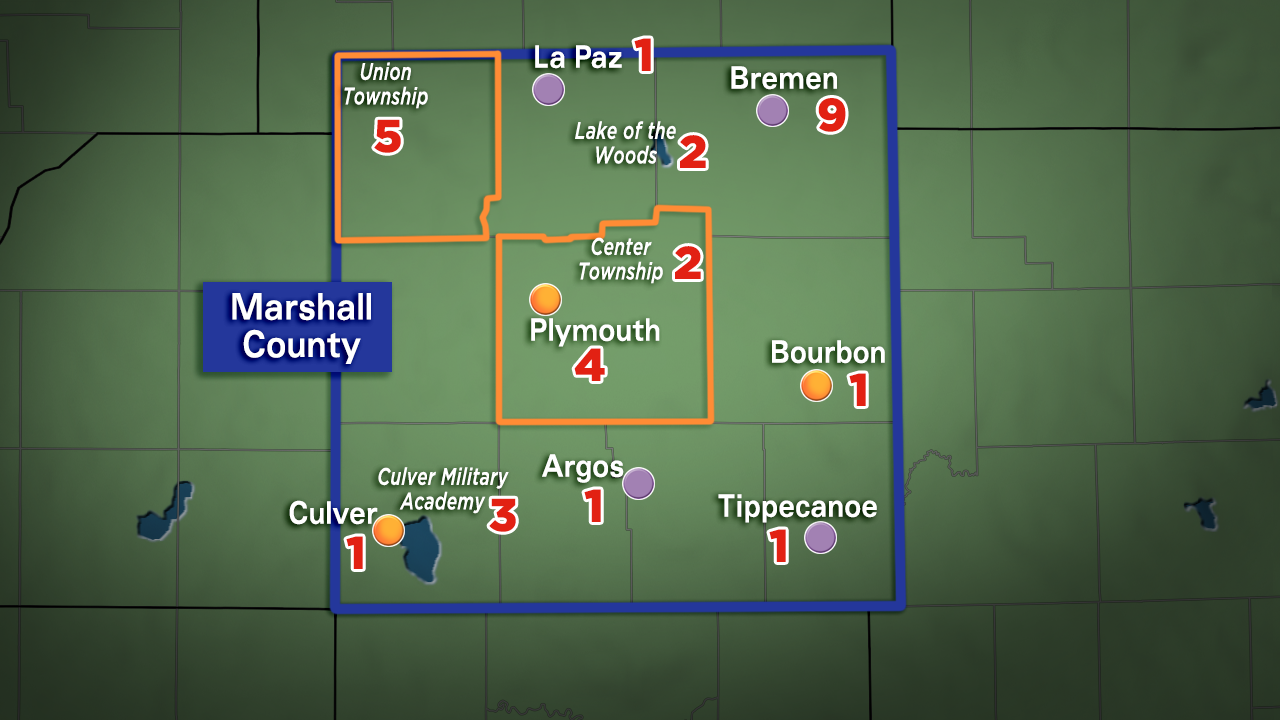 No matter how they deploy, officials agree each system has the same purpose.

“The sirens give you an outdoor warning system that if you're not in your house watching TV or listening to NOAA Weather Radio, then sirens give one more opportunity to get the warning out there,” says Cpt. Rockey Adams, Emergency Management Coordinator of Berrien County.

Storm Sirens are a relic of the Cold War. They’re only designed to get people indoors in the event of severe weather.

“That's kind of a misconception of the public they think they should be able to hear the siren no matter where they are in their home... that's why we try to stress outdoor warning system,” says Antonucci.

The number of sirens varies greatly but so does each county’s population.

“Remember the system was installed in 1999, so the census of a lot of areas has changed prompting us to add additional sirens” Antonucci explained. “We're getting ready to add another siren in Lakeville and we’re looking at the coverage in Walkerton, particularly around the high school it seems as though we have a gap there.” 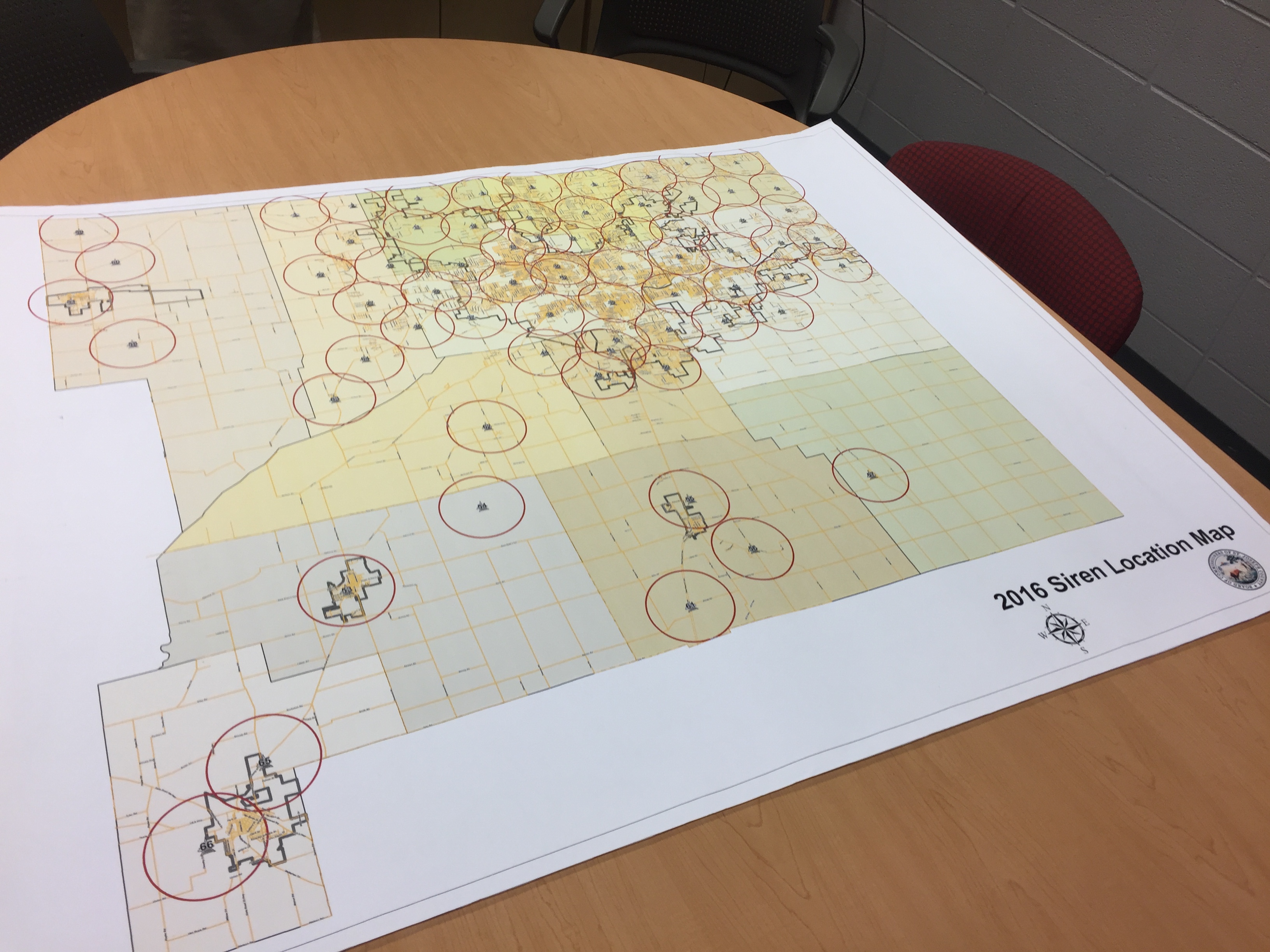 A network isn’t cheap. A siren itself is around $30,000 and officials stress sirens are not the primary method for getting your first warning.

“There are a lot of different smart phone apps out there,” says Rockey Adams. “Having multiple backup systems is really what our recommendation is. “Those backups included text alerts and a NOAA weather Radio.”

St. Joseph County is modernizing its system and will soon be able to manage the sirens by cell phone if needed. The county is also working with Four Winds Casino and tribal authorities to connect the newly installed sirens there into the county warning system.

In addition, not only do standards vary but there are many counties across Indiana, Michigan and the country where there aren’t outdoor warning systems.

You can contact your local office of emergency management for more information on local warning information.