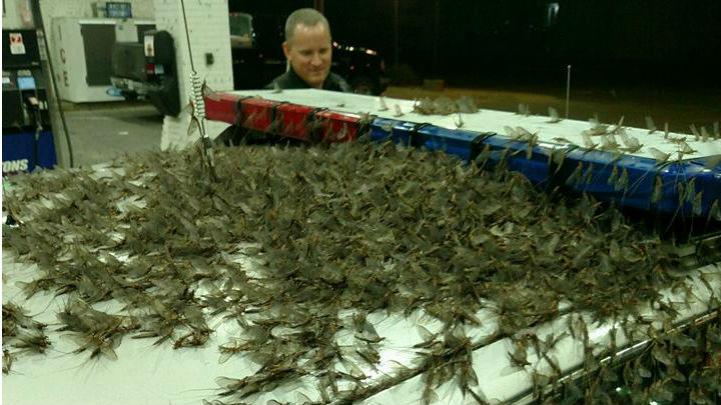 An invasion of bugs has led police to caution drivers about conditions on an Illinois bridge over the weekend.

The Havana Police Department took to Facebook saying that Mayflies took over the bridge on Sunday causing accidents.

The Bridge is on Highway 136 through Havana just over the Illinois River.

“Please use caution when driving across the bridge today. [Sunday] night there was an invasion of Mayflies that has caused the bridge to be very dangerous,” police said in a post to Facebook.

Police even said the Mayflies had piled 6 inches high and, when run over, became very slick which is what caused the accidents.

There were motorcycle accidents and cars stuck in the center of the bridge due to the conditions from the bugs.

The City of Havana Street Department and the Illinois Department of Transportation are working to get the bugs under control.