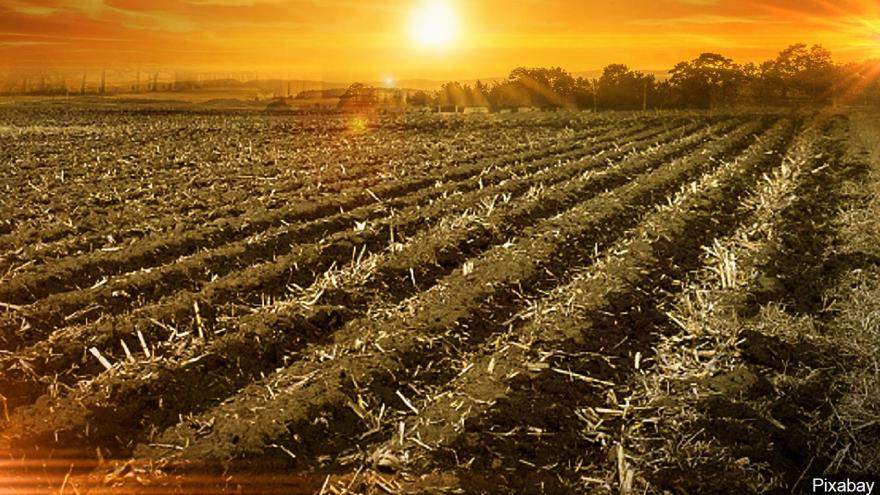 DES MOINES, Iowa (AP) — The U.S. Department of Agriculture announced Friday that it must delay the release of key crop reports due to the partial government shutdown, leaving investors and farmers without vital information during an already tumultuous time for agricultural markets.

The USDA had planned to release the closely watched reports Jan. 11 but said that even if the shutdown ended immediately , the agency's staff wouldn't have time to release the reports as scheduled. Congressional leaders met with President Donald Trump on Friday but there were no indications the shutdown would end soon.

"The longer it goes on, the more distorted our reference points get," said grain market analyst Todd Hultman, of Omaha, Nebraska-based agriculture market data provider DTN. "It's a lot of guesswork."

The reports detail the size of the 2018 harvests of corn, soybean, wheat and other crops and give an early estimate for what farmers will plant in the upcoming season. Depending on the estimates, the price of the commodities can rise or fall as they show the current supply and forecast how many acres will be devoted to different crops in the coming months.

The government shutdown has now forced the delay of such reports for two weeks, and uncertainty about the commodity supply will only grow as more time elapses, Hultman said. USDA reports provide the foundation for understanding the U.S. agricultural industry, and because they also estimate farm production in other countries, they are essential for understanding global crop markets.

Although the government is still releasing some information, such as the Labor Department's monthly jobs report , the USDA hasn't released key reports since Dec. 22. This includes the closely watched World Agricultural Supply and Demand Estimates report and information about specific crops, such as winter wheat and canola seedings.

The lack of information comes amid the uncertainty of trade with China, where tariffs led to an abrupt drop in U.S. agricultural exports to the country. There were indications that China was beginning to resume at least limited purchases of U.S. crops, but because of the government shutdown it's unclear what's happening.

"We certainly don't want to be in the dark and miss any big changes like that," Hultman said.

University of Illinois professor Todd Hubbs, who studies agricultural commodity markets, said he finds the report delays especially frustrating because he thinks they could confirm a belief that the U.S. soybean crop was smaller than earlier forecast. If true, that information would mean a smaller supply and could raise soybean prices, helping farmers who have struggled with low prices worsened by the trade dispute with China.

Until the USDA releases its information, investors and farmers can't be certain about where they stand, he said.

"Those kinds of numbers are fundamental," Hubbs said. "When the USDA produces the numbers, they are the numbers. They move markets."