ISIS leader in Afghanistan was killed in raid, US confirms 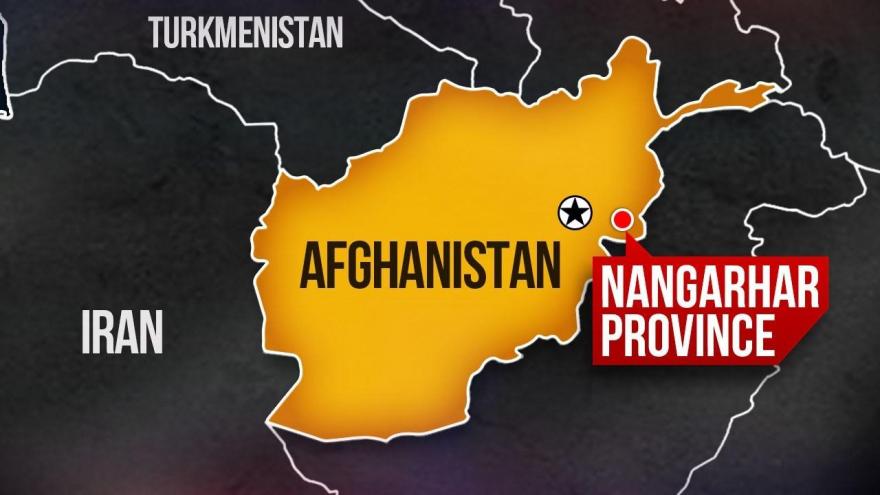 (CNN) -- The ISIS leader in Afghanistan, Sheikh Abdul Hasib, was killed in an April 27 raid conducted by Afghan special security forces and US troops, Afghan and US authorities said Sunday.

Fifth US Army rangers and 40 Afghan commandos were dropped by helicopter into Nangarhar Province, within a mile or so of the site where the United States dropped the MOAB, or "mother of all bombs," on April 13.

Within minutes, the rangers were surrounded by heavy fire, the Pentagon said, causing the soldiers to call in support from an AC-130 aircraft, F-16s, drones and Apache helicopters.

The Pentagon said Hasib was the target of the attack, but didn't confirm his death until Sunday.

The raid also resulted in the deaths of several other high ranking leaders of ISIS-K, the terror group's regional branch, and 35 ISIS fighters. Two American soldiers died in the attack, perhaps from friendly fire, the Pentagon said.

"This is the second ISIS-K emir we have killed in nine months, along with dozens of their leaders and hundreds of their fighters," said General John Nicholson, Commander US Forces - Afghanistan. "For more than two years, ISIS-K has waged a barbaric campaign of death, torture and violence against the Afghan people, especially those in southern Nangarhar."

In a series of Tweets on Sunday, President Ashraf Ghani's Office confirmed Hasib was killed in the attack.

"He was responsible for ordering the attack on the 400-bed hospital in Kabul, kidnapped girls and beheaded elders in front of their families," the President's office said.

The March 8 attack on the hospital, carried out by gunmen disguised as medical personnel, left 30 people dead before Afghan security forces killed the attackers.

CNN's Ryan Browne and Spencer Feingold contributed to this report.