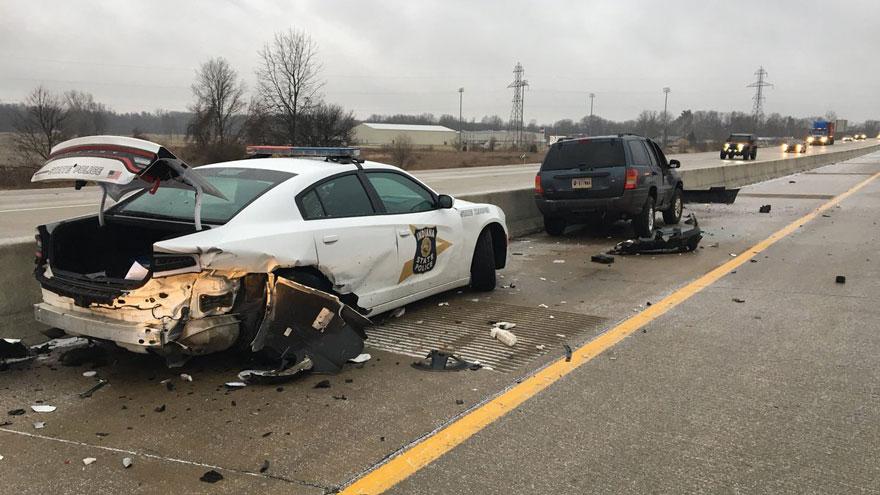 ELKHART COUNTY, Ind. -- An Indiana State Police trooper's vehicle was struck on the US 20 Bypass Wednesday around 8 a.m.

The trooper was inside his vehicle, working a traffic crash, when it was hit on US 20 just west of US 33.

The driver of the Honda told police her car slid on ice before rear ending the patrol car.

The driver of the Honda was not injured. The SUV was not occupied.