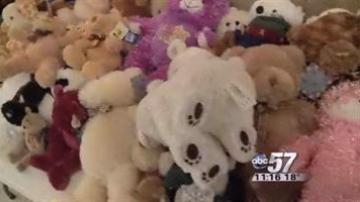 Five choirs and two orchestras supplied the music for the third year in a row, while the audience brought in teddy bears for charity. This year the stuffed animals went to kids at the Center for the Homeless.

"I know that I work at the Center for the Homeless, so I know there is a lot of people that don't have many things,” said Cleome Barber. “So I guess it's kind of important to share that, especially in the Christmas season."

The concert was performed in front of a packed house. Favorites included, “Carol of the Bells” and “Joy to the World.”