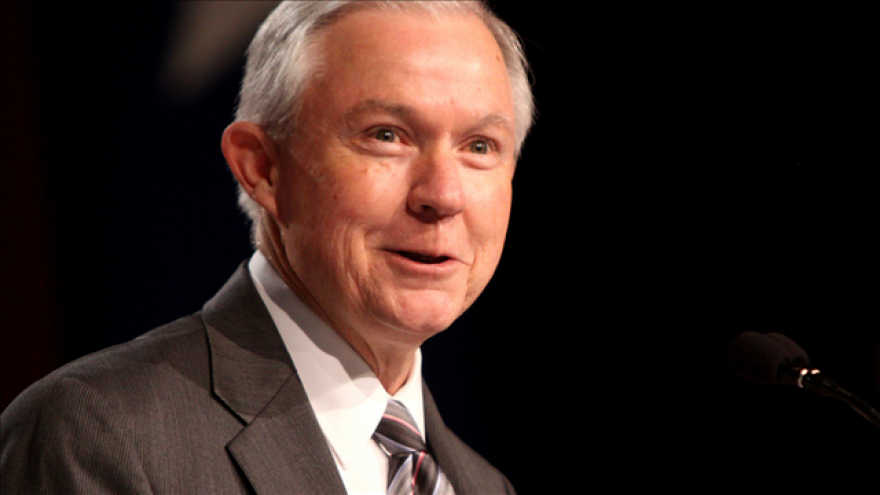 WASHINGTON (CNN) -- Sen. Jeff Sessions is preparing for yet another confirmation hearing in the Senate Judiciary Committee.

But this time, he'll be sitting in the witness chair.

Instead of grilling a potential nominee, Sessions himself will be the main course as he faces his former colleagues Tuesday.

A source familiar with his preparation says Sessions has been working hard since before Christmas on intense prep sessions and while he has spent time this week meeting with senators, he had a so-called "murder board" or mock hearing practice on Friday. Lawyers who have worked in the past for the Judiciary Committee are helping him get ready.

Democratic senators are likely to ask him about a broad range of civil rights and civil liberties issues.

Under President Barack Obama, the Department of Justice put an emphasis on issues such as voting rights, LGBT rights and criminal justice reform. If Sessions were to be confirmed as attorney general, he would likely shift Department resources to issues that came up during the campaign, including tougher immigration and drug enforcement.

Confirmation hearings are a rite of passage for potential nominees. They can become a blistering showdown with vigorous back and forth that can be the death knell of a nominee. Other times, they feature searching questions and light hearted moments. Every once in a while, they are snoozers.

This will not be a snoozer.

Sessions served for years on the Senate Judiciary Committee. But in 1986, he appeared before the committee himself hoping to get confirmed for a federal judgeship. The hearing did not go well after allegations of racism surfaced.

Footage at the time shows a brown-haired Sessions vigorously denying the allegations.

In an interview with CNN's Dana Bash in 2009, Sessions called the experience "heartbreaking" and added, "it was not a pleasant event, I gotta tell you."

"Charges were thrown out and then you'd try to respond and it just wasn't able to get the message out. So it was a tough time, it ended up with a nine-to-nine final vote, so I was not moved out of the committee," he said.

The charges included allegations that Sessions may have called an African-American lawyer "boy" and had been critical of the NAACP and ACLU.

Sessions told Bash the charges were "false" and "distortions."

"I was caricatured in a way that was not me -- and my friends knew it," he said, adding that in the end, he came to peace. "I resolved that that would not affect me, that the rest of my life was not going to be focused on some event back then, and I would build a new life and go forward and do the right thing," a journey he said would be helped by the fact that he ended up serving on the Judiciary panel.

On Tuesday, members of the NAACP protested his nomination by staging a sit-in in his Mobile office. The protesters were arrested but they managed to rally Sessions' critics.

"Going into the hearings, we are worried that Republican senators are going to give Sen. Sessions a free pass simply because he's a fellow senator," said Christopher Kang, the national director of the National Council of Asian Pacific Americans. "The demonstrations in Alabama showed that people are watching and won't let that happen," Kang said.

Sarah Isgur Flores, a spokeswoman for Sessions, said his critics are misrepresenting the senator.

"Jeff Sessions has dedicated his career to upholding the rule of law, ensuring public safety and prosecuting government corruption," Flores said in a statement. "These false portrayals of Sen. Sessions will fail as tired, recycled, hyperbolic charges that have been thoroughly rebuked and discredited."

This time around, Sessions will marshal not only his past experience as a nominee, but his time serving as senator in an attempt to explain to the American people what he'll do as President-elect Donald Trump's attorney general and why his critics are misrepresenting his record. He is armed with pages of testimony from friends and former colleagues.

"He doesn't have a racist bone in his body. I've been an African-American man for 71 years. I think I know a racist when I see one. Jeff is far from being a racist. He's a good person, a decent person." Thompson said.

Confirmation hearings haven't always been so newsworthy. But times, television and twitter have changed all that.

David Ayres, who currently serves as CEO of The Ashcroft Group, helped to oversee numerous confirmation battles when he worked in government both helping to defeat nominees and get them confirmed.

"It's Washington's bloodsport," he said in an interview. "It's like the gladiator going into the arena and the public watching." His advice? "Being calm, being human, turning the other cheek, is really something that people appreciate."

Ayres often reminded nominees that the senators were coming in with their own agendas and causes and it helped to understand them. "They may have personal issues that they care about, and they are trying to set a tone for the administration, either positive or negative," he said.

In the olden days, said Paul Collins, professor of legal studies at the University of Massachusetts, the hearings were more pro forma.

"Nominees didn't really receive a lot of scrutiny from the Judiciary Committee," said Collins, the author of "Supreme Court Confirmation Hearings and Constitutional Change." "Rather, their confirmations tended to sail through the process without much difficulty."

"The hearings were perfunctory, the senators gave the president the benefit of the doubt and the only the question was 'is he qualified,' " said Tom C. Korologos, who worked as a sherpa for nominees starting in the 70s.

"Now, Congress has made them very ugly and politicized," he said.

"They have become a political spectacle where the hearing isn't about the nominee -- it's about the members of the committee asking questions and making statements. The system has gone awry and it's a shame."

Korologos remembers once when he looked a State Department employee in the eye and asked him if there was anything in his record that would embarrass the president.

"I told him he could bank on being asked about it."

He said the employee later withdrew because "I hit a nerve."

Once, he said, he assisted the hearings for Nelson A. Rockefeller to be vice president. Rockefeller asked him whether his financial disclosure statement would be made public.

Korologos was surprised when Rockefeller expressed concern about his image. Rockefeller said his friends and colleagues "are going to realize I'm not as rich as they think I am."

Whether or not they serve as a proxy war between dueling parties, today there is an established system in place for the hearings.

It starts with document submission. Sessions has submitted thousands of papers. When he failed to mention his previous hearings for the judgeship -- an omission seized upon by Democrats and opponents -- he immediately sent in supplements.

In a letter to Senate Judiciary Committee Chairman Chuck Grassley on December 23, Sessions said he had "located, recalled or been made aware of additional items" that were responsive.

There is also the questionnaire. That's usually about 30 pages long.

Finally, there is the hearing preparation. More often than not they include "murder boards."

"In the murder board sessions, you try to beat up the nominees and ask the hardest thing you can ask," Ayres said. It gets them ready for the hearing, but it helps the nominee understand if they are having trouble in some area where they need to focus.

"For the nominee, whether it's for a judicial position or Senate confirmation, those can be very humbling, humiliating experiences," he added.

Sessions, who has undoubtedly reviewed the footage of his earlier hearings, will bring his experience to bear this time around.

The hearings are deadly serious but offer the public a glimpse of the person behind the reputation.

Justice Elena Kagan, during her confirmation hearings in 2010, misunderstood a question from Sen. Lindsay Graham. She thought he was asking her a legal question about an attempted terrorist attack that occurred on Christmas Day.

She launched into a complicated answer when he stopped her.

"I just asked you where you were at on Christmas," Graham said.

"You know, like all Jews, I was probably at a Chinese restaurant."

The room erupted into laughter. She was confirmed.