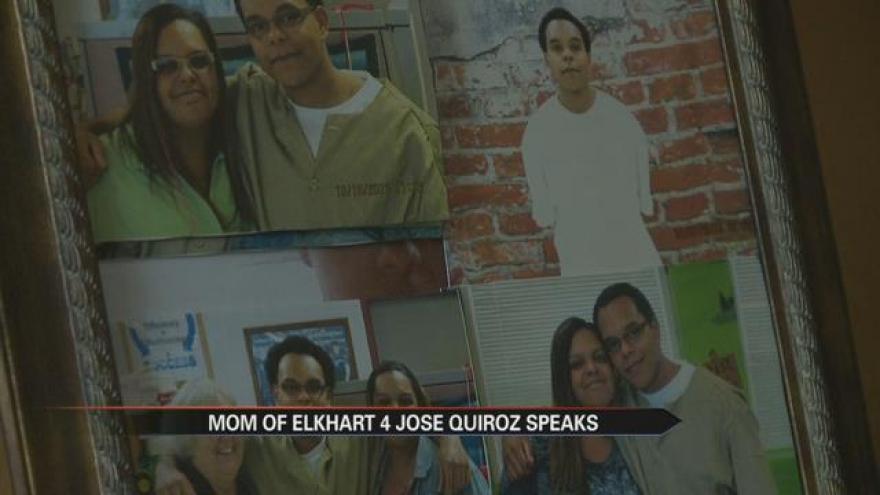 After years of silence, Jose Quiroz’s mother finally talks about the journey she has been on to make sure her son was given a fair sentence.

On February 11th, Quiroz was the last of the ‘Elkhart Four’ to have his murder sentence overturned.

Since the day McKnight’s only son was arrested for murder charges back in 2012 she’s been fighting.

“Just because a lower court says one thing it doesn’t make it right or doesn’t say that it’s sold you know. So you can fight and you can make a change you just have to be adamant and stay on it ya know you can’t give up,” says McKnight.

McKnight’s son was the only of the ‘Elkhart Four’ to take a plea deal.

For this reason he was unable to appeal his case but McKnight says because of his circumstances she became familiar with the law.

“I knew there had to be another avenue that we could fight that I could fight for and so I just had to grind to find that way to fight and I found it,” says McKnight.

In September of 2015 his co-defendants murder charges were reversed by the Indiana Supreme Court.

“This law does exist out here and there are different technicalities of the words that can get somebody caught up in a situation of being accused of murder when they didn’t actually do a murder,” says McKnight.

McKnight and her son Jose held on to hope despite a sentence of 45 years looming. Quiroz got his GED and has worked as a tutor while incarcerated.

On February 11th, Quiroz's murder charges were modified to burglary.

Days later McKnight is still smiling because she says justice was served.

“I was just relieved when he had got the same sentence as the others, a 45 years sentence to a 10 and that’s what we wanted from the jump was burglary charges,” says McKnight.

McKnight says her son has gained an interest in mechanics while behind bars. In the future he wants to possibly work on motor cycles.

She says she will continue to do whatever she can to make sure her son takes advantage of the second chance he has been given.