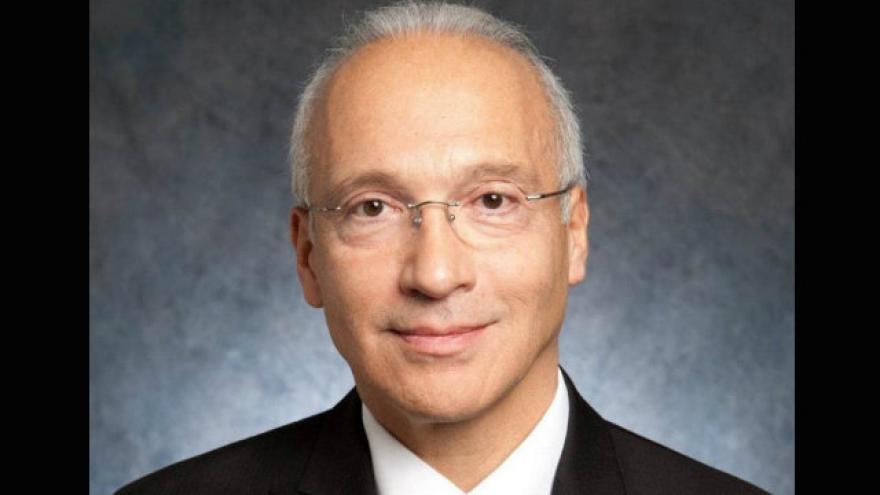 US District Judge Gonzalo Curiel has cleared one potential obstacle to President Donald Trump\'s long-promised border wall, ruling Tuesday that the administration has the authority to waive a host of environmental laws and other regulations to begin construction. Photo courtesy Indiana University

(CNN) -- US District Judge Gonzalo Curiel has cleared one potential obstacle to President Donald Trump's long-promised border wall, ruling Tuesday that the administration has the authority to waive a host of environmental laws and other regulations to begin construction.

Curiel's 100-page order does not mean construction of the wall will begin immediately. Congress has yet to authorize or provide funding for any new wall to begin the project. Thus far, the Department of Homeland Security has built several prototypes in San Diego -- which was the focus of the lawsuit Curiel rejected.

Still, the ruling is a win for the administration as it seeks to get money to build its wall, a centerpiece of Trump's campaign.

Curiel's ruling left little doubt that the DHS has broad authority to issue waivers -- authorized in a cluster of laws passed by Congress in the mid 1990s to 2000s -- to expedite the construction of border barriers and infrastructure. His lengthy ruling went point-by-point through the challenges to DHS' authority brought by environmental groups and the state of California and rejected all of them.

Curiel was famously the target of Trump's ire when he presided over a lawsuit against Trump University, which was ultimately settled after Trump won the White House.

Trump drew fierce criticism in June 2016 when he said that Curiel, who was born in Indiana, was biased against him due to his Mexican heritage.

In his ruling Tuesday, Curiel noted that the border wall is a highly contentious issue under this administration but said he did not factor that into his decision.

"The court is aware that the subject of these lawsuits, border barriers, is currently the subject of heated political debate in and between the United States and the Republic of Mexico as to the need, efficacy and the source of funding for such barriers," Curiel wrote. "In its review of this case, the Court cannot and does not consider whether underlying decisions to construct the border barriers are politically wise or prudent."

The groups had challenged DHS' move to expedite construction of the prototypes and replacement fencing in San Diego on a number of grounds. The collection of lawsuits from the environmental advocacy organizations and the state of California argued that the Trump administration's waiver wasn't allowed by the law that created the overarching authority and that the authority itself violated the Constitution.

Curiel rejected each argument, saying the law and the nature of the border clearly give the DHS broad authority to build border barriers.

"Both Congress and the Executive share responsibilities in protecting the country from terrorists and contraband illegally entering at the borders. Border barriers, roads, and detection equipment help provide a measure of deterrence against illegal entries," Curiel wrote. "With section 102, Congress delegated to its executive counterpart, the responsibility to construct border barriers as needed in areas of high illegal entry to detect and deter illegal entries. In an increasingly complex and changing world, this delegation avoids the need for Congress to pass a new law to authorize the construction of every border project."

In addition to pro-immigration and civil liberties groups, environmental groups have opposed the construction of Trump's border wall on the grounds that it would disturb sensitive wildlife and ecosystems.

One section of Trump's proposed wall in Texas would run through a wildlife preserve.

"Border security is paramount to stemming the flow of illegal immigration that contributes to rising violent crime and to the drug crisis, and undermines national security," said spokesman Devin O'Malley. "We are pleased DHS can continue this important work vital to our nation's interests."

One of the groups challenging the wall said it intended to appeal the decision.

"We intend to appeal this disappointing ruling, which would allow Trump to shrug off crucial environmental laws that protect people and wildlife," said Brian Segee, a senior attorney at the Center for Biological Diversity. "The Trump administration has completely overreached its authority in its rush to build this destructive, senseless wall."

California Attorney General Xavier Becerra said in a statement that he was considering his options.

"We remain unwavering in our belief that the Trump Administration is ignoring laws it doesn't like in order to resuscitate a campaign talking point of building a wall on our southern border," Becerra said. "We will evaluate all of our options and are prepared to do what is necessary to protect our people, our values, and our economy from federal overreach. A medieval wall along the US-Mexico border simply does not belong in the 21st century."

The waiver authority to build barriers along the border has been used a number of times dating back to the George W. Bush administration, and it has been upheld by the courts every time it has been challenged.

Trump is scheduled to visit the border wall prototypes next month.