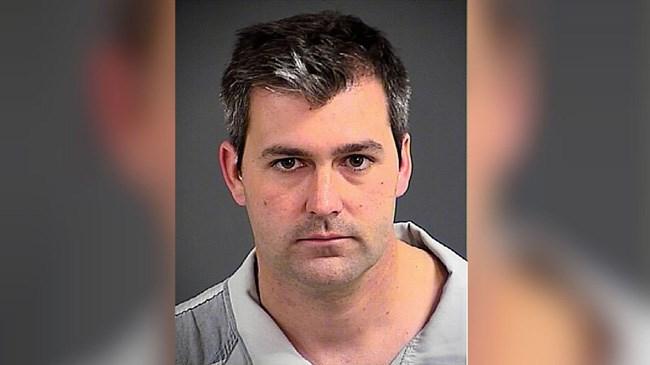 CHARLESTON, South Carolina (CNN) -- The judge in the murder trial of former North Charleston, South Carolina, police officer Michael Slager on Monday declared a mistrial after jurors were unable to reach a verdict after four days of deliberations.

Slager, who is white, shot and killed Walter Scott, an unarmed black man, after a 2015 traffic stop. The shooting was captured on a bystander's cell phone video, which showed Scott running away as Slager shot him multiple times in the back.

It wasn't immediately clear whether Charleston County prosecutors will seek a retrial.

The jury, which deliberated for 22 hours in the case, had indicated Friday they were deadlocked -- a fact that made Monday's mistrial all the more disappointing for the Scott family.

"Injustice will not prevail," said Judy Scott, Walter Scott's mother, after the mistrial was declared. "He will get his just reward."

On Monday jurors passed a note to the judge that said, "Despite the best efforts of our members we are unable to come to a unanimous decision."

Prosecutor Scarlett Wilson then thanked jurors for their service, saying that even though she is disappointed she respects their decision.

Wilson urged jurors not to let "anyone from the outside get in your head" and make them question their decision.

"Y'all seen every minute of this trial," she said. "You have sacrificed more than any of your peers."

Wilson said she hoped to speak with the jurors to gain insight into the strength of their case as prosecutors decide how to move forward.

Defense attorney Andy Savage also thanked the jury for its service. "The rule of law has to be preserved in this country," he said.

On the stand, Slager argued self-defense, telling jurors he shot Scott as he ran away because he posed a threat and could have turned around and charged him.

A key piece of evidence in the five-week trial was the cell phone video, which showed Slager chasing Scott, then shooting him in the back. Prosecutors estimated the two were 18 feet apart when Slager opened fire.

Slager is scheduled to go on trial early next year on federal charges, including civil rights offenses, related to the shooting.

"He dodged it by a hair and he's not dodging it again," said L. Chris Stewart, a lawyer for the Scott family.

After the trial, some in the city's African American community expressed disappointment.

"We never see a win," pastor and community activist Thomas Dixon told CNN affiliate WCIV. "Our people need to get something in the win column when it comes to these officer-involved shootings. I don't believe justice was served today."