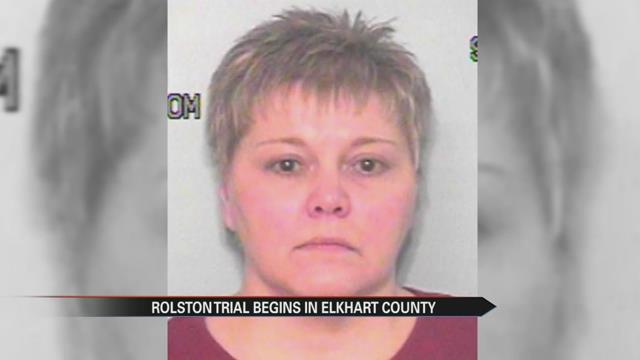 Jury selection began Monday for Jackie Rolston, who is facing charges related to the death of Kirk Coleman. Lead prosecutor Vicki Becker explained to the newly seated jurors they don’t need decide if Rolston is a good or bad person.

Instead they are there to analyze if the prosecution can prove its case.Rolston is charged with one count of battery resulting in the death of a child.

The coroner later determined Coleman died as a result of blunt force injuries. And a pediatrician who specializes in child abuse agreed that the toddler’s death was a result of abusive head trauma.

Rolston was charged with one count of battery resulting in the death of a child in March 2015. Rolston had previously been found guilty of neglect of a dependent.

The family was unaware of Rolston's previous conviction and worked to get Kirk's Law passed. Senate Enrolled Act 357 (Kirk's law) requires the creation of a publicly searchable registry of people convicted of a crime of child abuse. It was signed into law in April 2016.

All 12 jurors are scheduled to show up in court again, on Tuesday at 9 am.