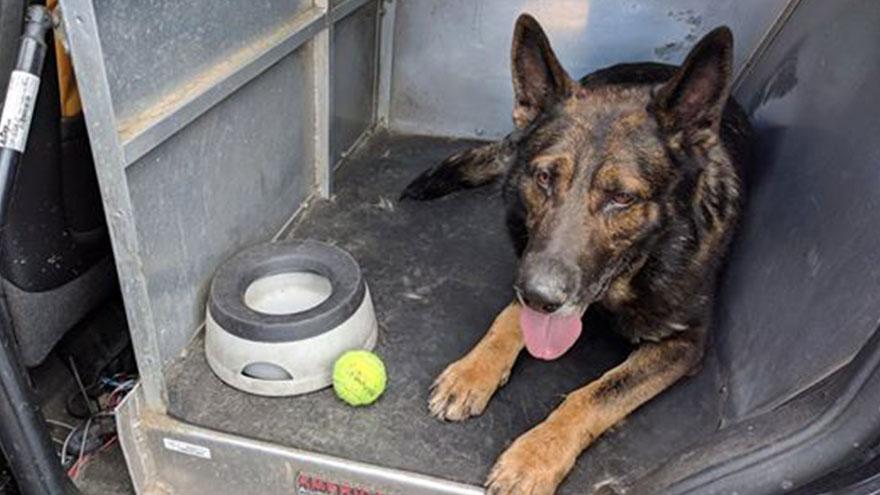 BATH TOWNSHIP, MI (WNEM/CNN) -- A four-legged police officer put his big nose to the test over the weekend.

Bath Township Police Department said they were called Saturday, July 8 about reports of young boys that could be heard in the woods yelling for help.

Officers quickly entered the woods to try and find the children who were believed to be in the area of a large swamp.

Due to the gravity of the situation, Bath Police asked for backup.

Before other agencies could arrive on scene, though, K9 Officer Aiko put his nose to the test, leading police to the location of the lost kids.

"We were able to get them out of the woods along with a father and grandfather rescue team who were also searching and to waiting medical personnel," Bath Police posted on Facebook.

As for Officer Aiko, he received the "highest honor" in the K9 profession.

"…many pets on the head and a 'good boy' from all involved. Some cold water and a tennis ball were also presented," Bath Police posted on Facebook.