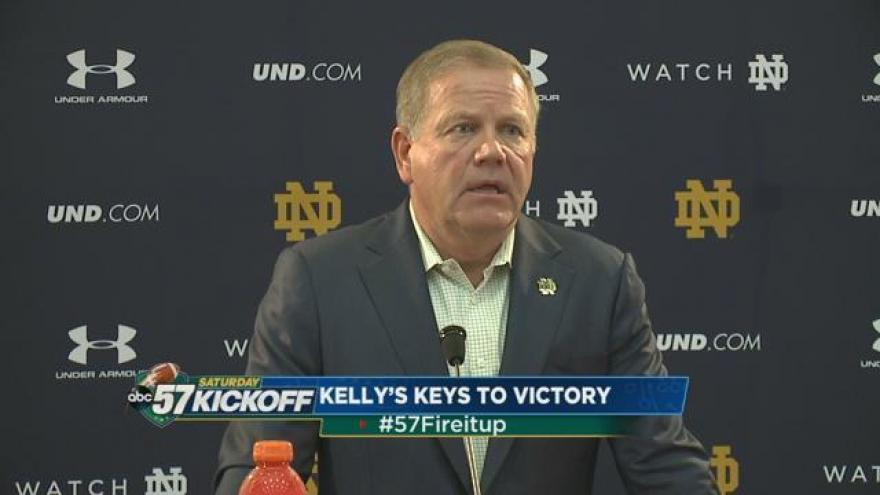 Notre Dame's defense is a work in progress, and with Greg Hudson still getting his feet wet, the Irish face another tough test against NC State.

The Wolfpack feature many weapons on the offensive side of the ball including tight end Jaylen Samuels.

"We don't even consider him a tight end and you can't treat him that way," Notre Dame Head Coach Brian Kelly said. "We have to play him like a receiver and not get into any unfavorable matchups."

Wolfpack sophomore quarterback Ryan Finley is not someone the Irish have to worry about putting 500 yards against them, but he is someone who will use his smarts and be efficient.

The Wolfpack, like Notre Dame, are averaging 40 points a game, so the Irish defense doesn't get a breather in what's been a tough year for that unit.

"If you let us throw the ball all over the field, we're going to throw," Kelly said.

And he's right, Notre Dame has allowed their young WR corp to blossom this year, putting up great numbers through the air, but so-so numbers on the ground, but Kelly doesn't care.

The weather is not supposed to be great Saturday, but Kelly's team proved last year against Clemson that they have the ability to move the ball in any conditions and Saturday should be no different.