Kerry: US, Russia to cooperate against al Qaeda in Syria 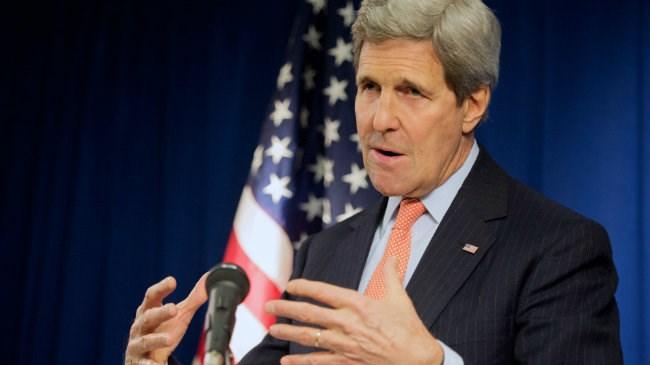 WASHINGTON (CNN) -- Secretary of State John Kerry said Friday that the U.S. and Russia had agreed to cooperate in Syria against the al Nusra Front, al Qaeda's Syrian branch, in an effort to "restore the cessation of hostilities, significantly reduce the violence and help create the space for a genuine and credible political transition" in Syria.

But Kerry, appearing alongside Russian Foreign Minister Sergey Lavrov in Moscow, declined to provide details of the cooperation, saying "the concrete steps that we have agreed on are not going to be laid out in public in some long list because we want them to work."

Proposals to deepen military cooperation with Russia in Syria have sparked a rift at the highest levels of the Obama administration, with the Pentagon openly challenging the idea that Russia could be trusted to uphold its end of the bargain.

Kerry seemed to address this skepticism in his Friday remarks.

"I want to emphasize, though, they are not based on trust," Kerry said, referring to the key parts of the agreement. "They define specific, sequential responsibilities all parties to the conflict must assume with the intent of stopping all together the indiscriminate bombing of the Assad regime and stepping up our efforts against al Nusra."

Both the U.S. and Russia have aircraft that conduct operations over Syria, and a draft of the proposed agreement, a copy of which was obtained by CNN, would allow for targeting and carrying out joint air strikes against ISIS and al-Nusra, the al Qaeda branch in Syria.

The agreement does not necessarily pertain to ISIS, with the draft saying that each country would reserve the right to strike ISIS independently.

The draft also said that the air force of the Syrian regime would largely be grounded as part of the agreement.

"The secretary of defense has been clear that he has been skeptical of Russia's activities in Syria and we have reason for that. There's plenty of reasons for that skepticism," Pentagon Press Secretary Peter Cook told reporters Thursday. "And I think he maintains that skepticism."

The Pentagon seemed to be offering a strong signal that despite the agreement, the Defense Department wants to see guarantees Moscow will live up to its part of the bargain.

"If Russia can behave in a more positive fashion, then we would be open to that conversation," Cook said.

CNN's Barbara Starr and Elise Labott contributed to this report.