Kidnapping suspect shot and killed by police after standoff 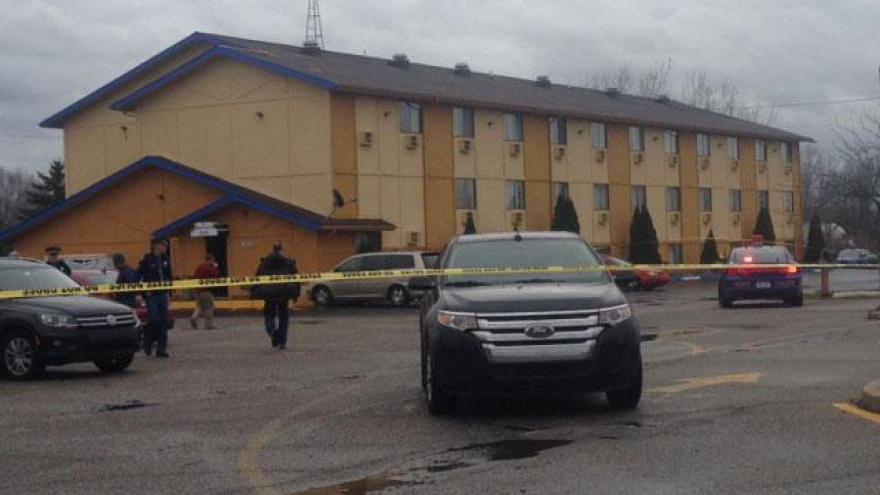 A suspect was shot and killed by officers Wednesday morning after he allegedly abducted his estranged wife from her work, then took her to a motel in Benton Harbor.

According to Michigan State Police, around at 6:12 a.m., 44-year-old Marcus Deon Meridy went to the Willows Assisted Living Facility where his estranged wife, 38-year-old Kenyatta Wright, is a caregiver.

After learning of the abduction, Upton Middle School was placed on lockdown.

Michigan State Police and the Berrien County Sheriff's Department arrived to the Willows to investigate.

Troopers, deputies and officers with the Benton Township Police Department began searching for Meridy and his vehicles.

One of his vehicles was located at a business on Maiden Lane. The business was evacuated for safety reasons.

At approximately 9 a.m., officers located a vehicle associated with Meridy behind the American Inn, just off I-94 on East Napier Avenue, in Benton Harbor.

Officers determined Meridy and Wright were inside one of the rooms on the second floor.

Troopers slid a cell phone under the door and communicated with Meridy, trying to persuade him to release Wright.

Troopers with the Michigan State Police Emergency Support Team forced their way into the room.

“For the victim’s safety our emergency support team made entry. Suspect shot one round at the officers entering the room at that point they returned fire and he was killed," said Lieutenant Mike Dawson of the Michigan State Police.

Meridy was shot and killed. A member of the Michigan State Police Tactical Team was shot by Meridy.

“The officer is fine, a bullet was lodged in his vest," Dawson said.

Police say Wright had been beaten and shot in the arm. She was taken to the hospital for treatment for non-life threatening injuries.

Investigators have not released any further information about Meridy, but he was on the sex offender registry.

According to the Michigan Department of Corrections, Meridy served nearly 6 years in prison for delivery/manufacturing a controlled substance between 1992 and 1998 and just over 13 years for criminal sexual conduct and assault with intent to commit felony. He was released in January 2013.