Kids evacuated from daycare as flames rip through bar 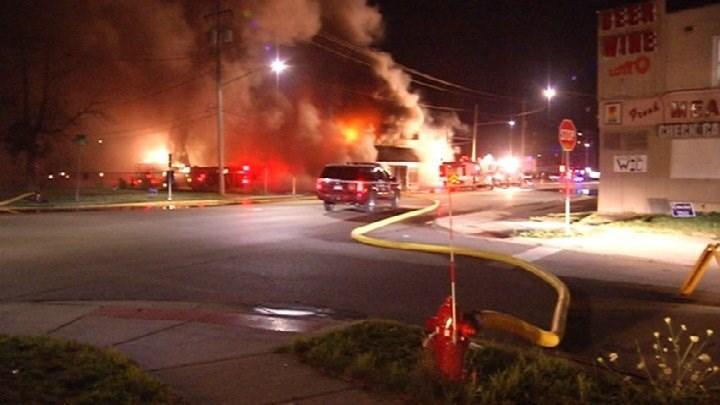 Saginaw -- A family's plans for the future were dashed by flames.

Daycare workers evacuated children Tuesday night as flames ripped through a nearby building.

The former Hip Pocket Bar in Saginaw caught fire just before midnight. It's located on Genesee Avenue between Harold and Fulton.

Due to heavy smoke, the 24-hour daycare across the street, Ms. C and T's Learning Place, had to send children home.

The owner was apparently in the middle of renovating the bar to use it for the daycare.

The owner's daughter was in the building when the fire started.

"So I looked outside and that's when I saw the smoke and I called the mom and told her," Coyunna Roland-Ferguson said.

It took three hours for firefighters to battle the flames.

There is no word yet on the cause.