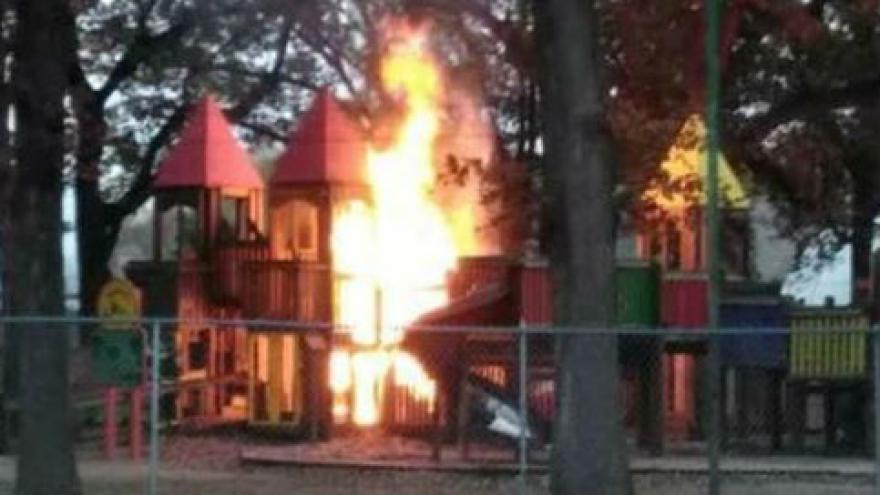 SOUTH BEND, Ind. -- After arson took place at a beloved local park, the South Bend Venues Parks & Arts crew took action to get the park up and running as soon as possible.

The park will be back open by Friday the 10th of November.

Kids Kingdom in Potawatomi Park was developed in 1991 by a group of volunteers who wanted to create something special for the neighborhood children.

The fire was noticed by a neighbor around 6:30 p.m. on November 1st and was extinguished shortly thereafter.

Executive Director of South Bend Venues Parks & Arts said that 10% of the structure was damaged but was very much salvageable, which crew members proved within a week.