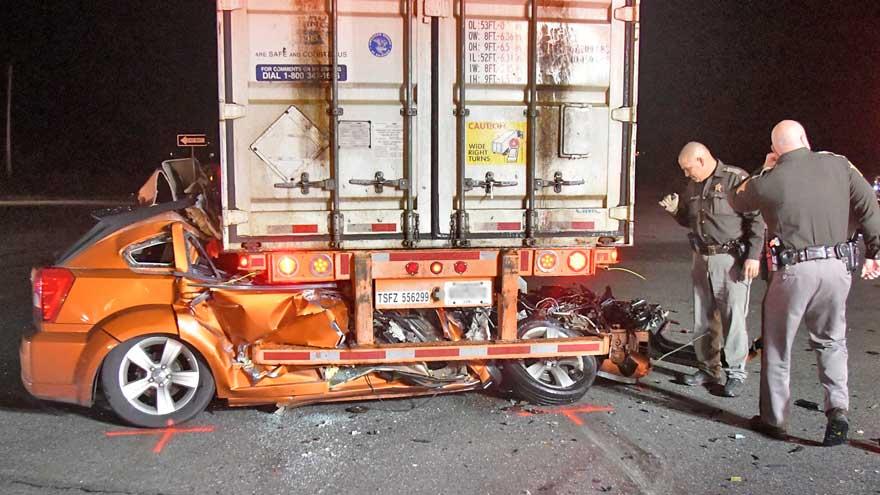 KOSCIUSKO COUNTY, Ind. -- A driver was killed when his vehicle was caught underneath the trailer of a semi on US 30.

The crash happened around 6:30 a.m. on US 30 at 350 West, according to the Kosciusko County Sheriff's Department.

Witnesses told deputies the semi was traveling from northbound 350 West onto westbound US30 and was slowing or stopping in the median. The trailer was then struck by an eastbound Dodge.

The driver of the Dodge, Kristopher Reed, 40, of North Judson, was pronounced dead at the scene.

The semi's driver was not injured.

Contributions to this story also made by: Nathan Faulkner
Share this article: