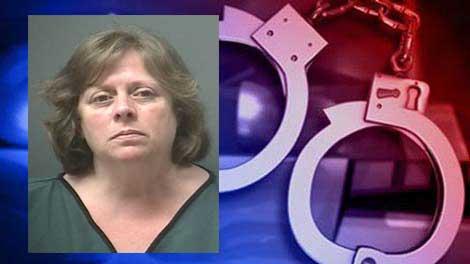 A woman who was wanted on a probation violation warrant issued in 2013 out of La Porte County was arrested in California on February 9.

Jane Burkhart, 55, was convicted of 16 counts of cruelty to an animal and 5 counts of neglect to an animal in 2007, according to the La Porte County Sheriff's Office.

A portion of the sentence was to be served on probation along with restitution to be paid to the LaPorte County Small Animal Shelter.

The sheriff's office says Burkhart failed to comply with the probation. The court found her guilty of violating probation.

Burkhart appealed, but the Indiana Court of Appeals upheld the conviction.

On April 24, 2013, a warrant was issued for the probation violation. It imposed a 900 day jail sentence.

Before serving the sentence, Burkhart fled the area and has been a fugitive, according to the sheriff's office.

A social media post in 2015 helped bring in tips, including the one that led to Sacramento California.

On Tuesday, February 9, Burkhart was taken into custody in Sacramento by the Sacramento office of the United states Marshal's Service.

Burkhart is being held in the Sacramento County Jail awaiting extradition to La Porte County.

Once she is brought back to La Porte County she will begin serving the 900 day sentence, according to the sheriff's office.